As soon as we completed our crossing of the High Atlas mountains we refuelled and headed directly up and over the Jebel Sahro massif in a single day.  The car needed a good drink of diesel in Boumalne Dades - I neglected to note in the last blog post that the only petrol station we came across in the High Atlas had run out of fuel!  The extra jerry can of diesel we were carrying wasn't needed, but nevertheless in the circumstances provided some added peace of mind.

Heading on the road towards the Jebel Sahro massif. 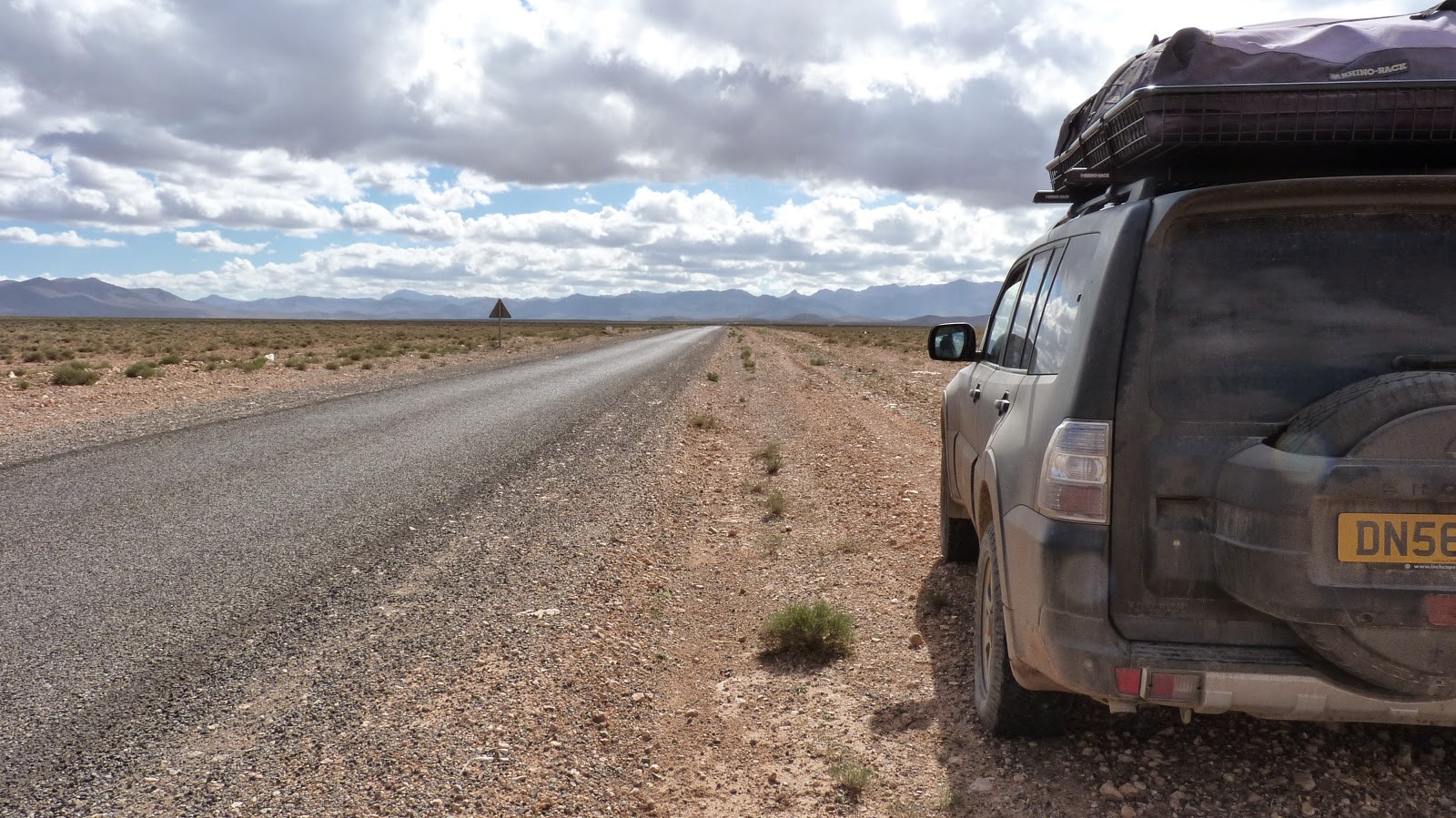 A small village very soon after leaving the road.  This village is known for handmade cedar wood cups - and pretty much everyone in the village makes them!  As usual, we were seen/heard approaching and by the time we arrived all the locals had emerged from their homes to surround the car with cedar wood cups for sale. After some haggling through the car window (none of which was in English, but you don't need to speak the same language to haggle) we were the proud new owners of a nearly matching pair of cedar wood mugs!  If you're lucky enough to end up with one in your Xmas stocking, here's where it came from. 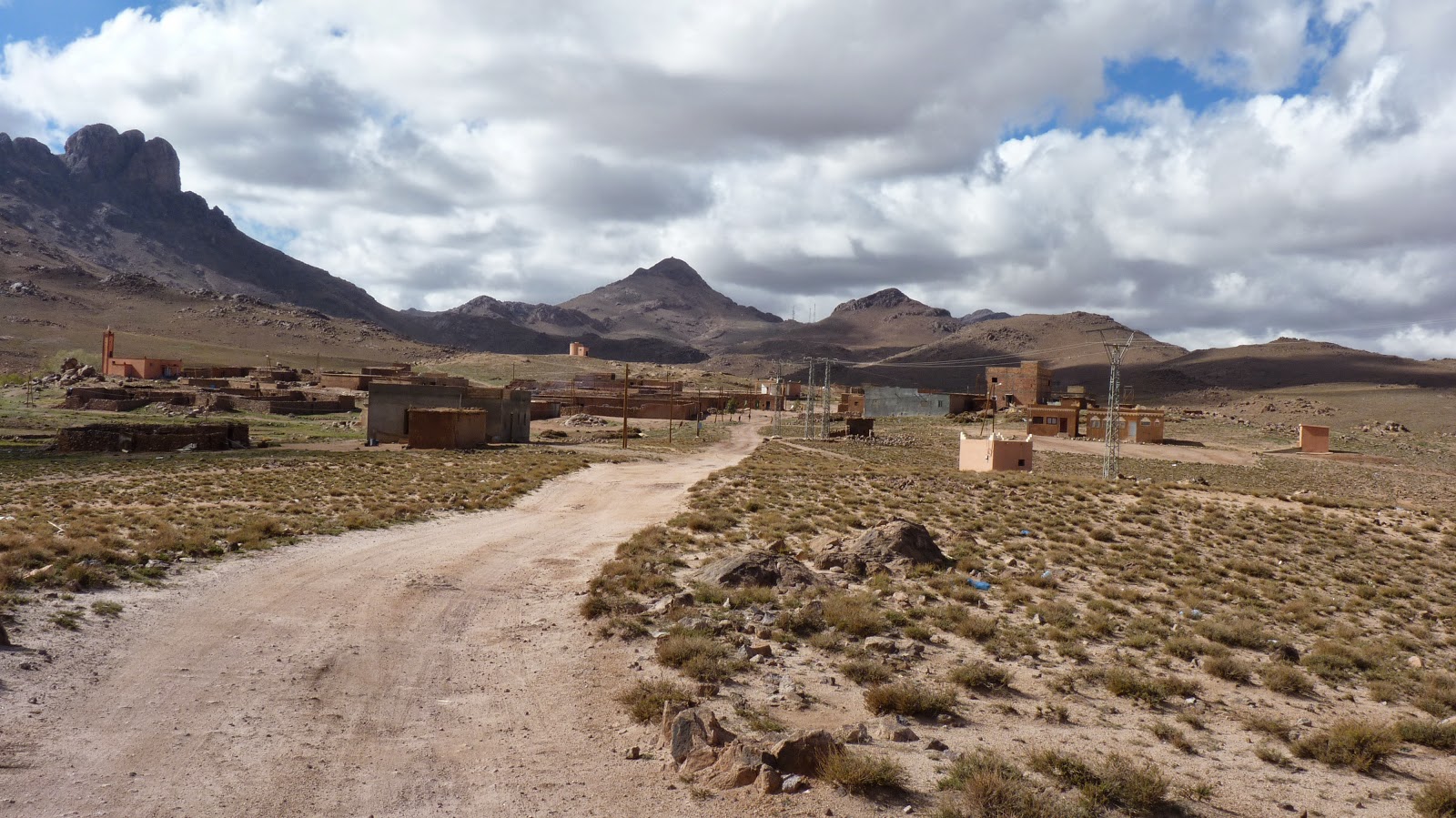 Continuing on the track past the village 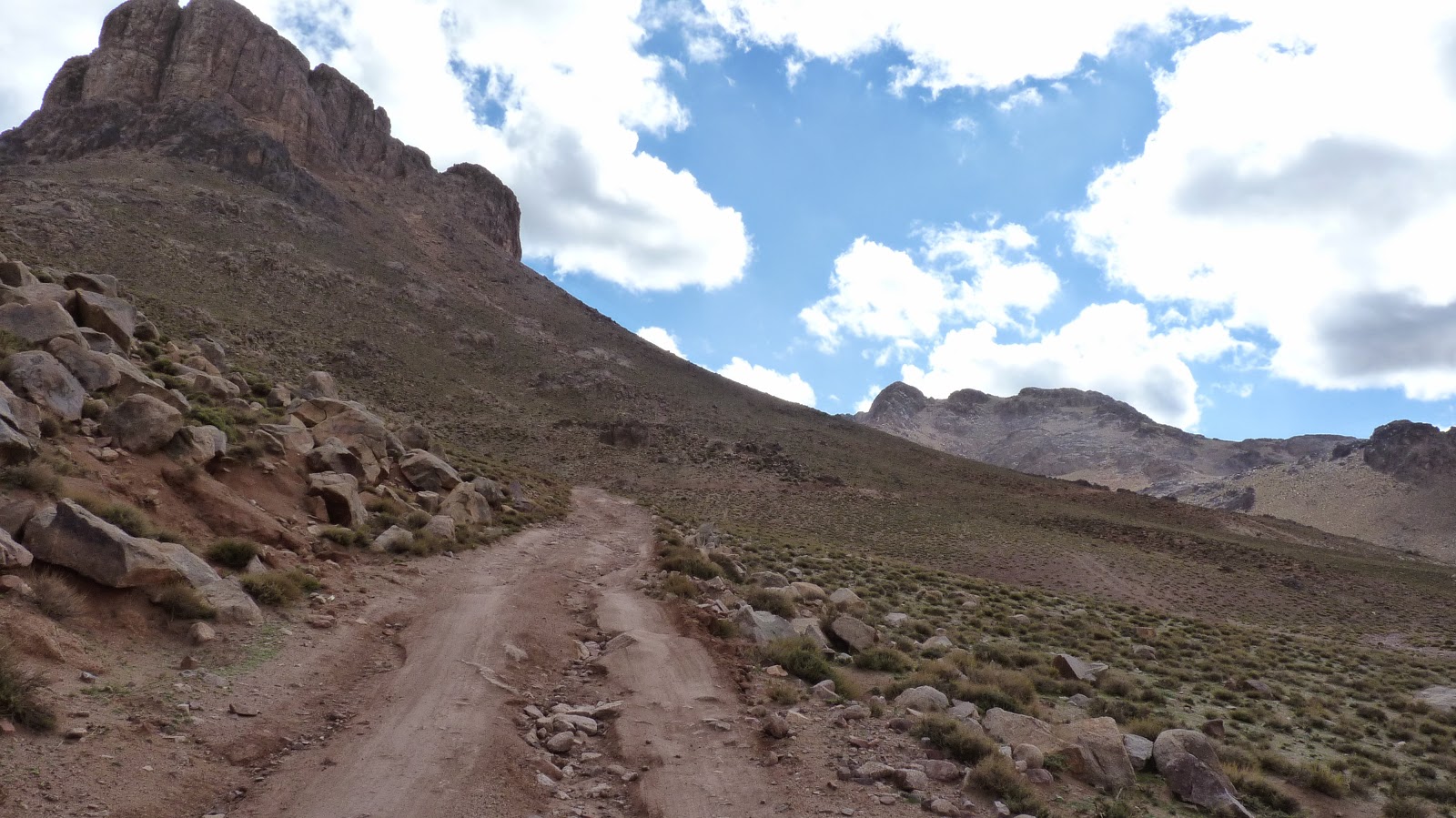 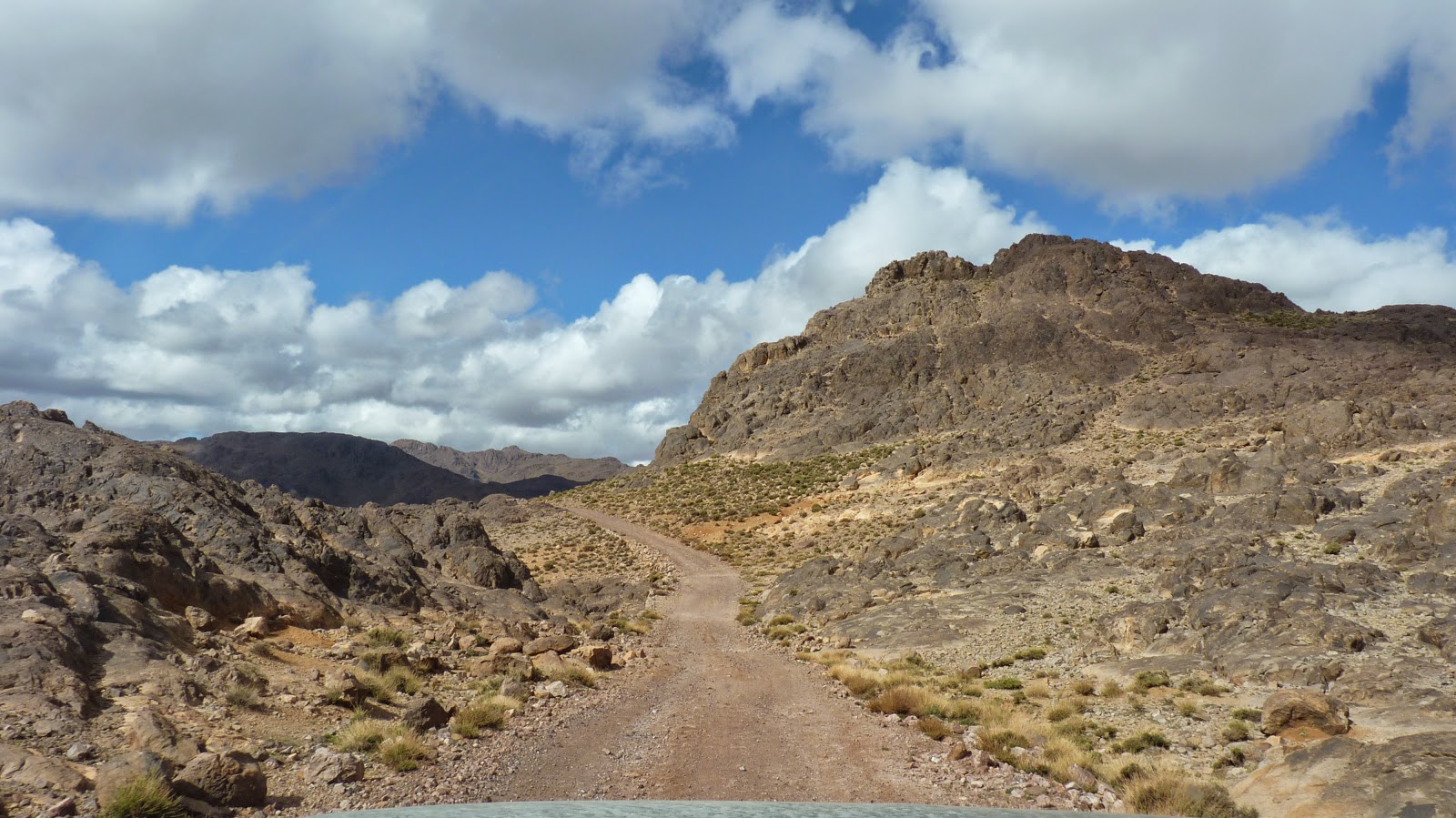 At just over 2,300 metres, in the middle of nowhere perched on a rock, we found this family run auberge (hotel).  We decided to stop here for lunch and it turned out to be a very fortunate decision, because it is still the best meal we've had in Morocco.

As far as we could tell three generations of a family live here (again no English was spoken) and their guests/visitors include trekkers and 4wd tourists such as ourselves.

Polka visits the small boutique.  We had some time to spend here as the tagine the family were cooking for us takes an hour minimum to cook. 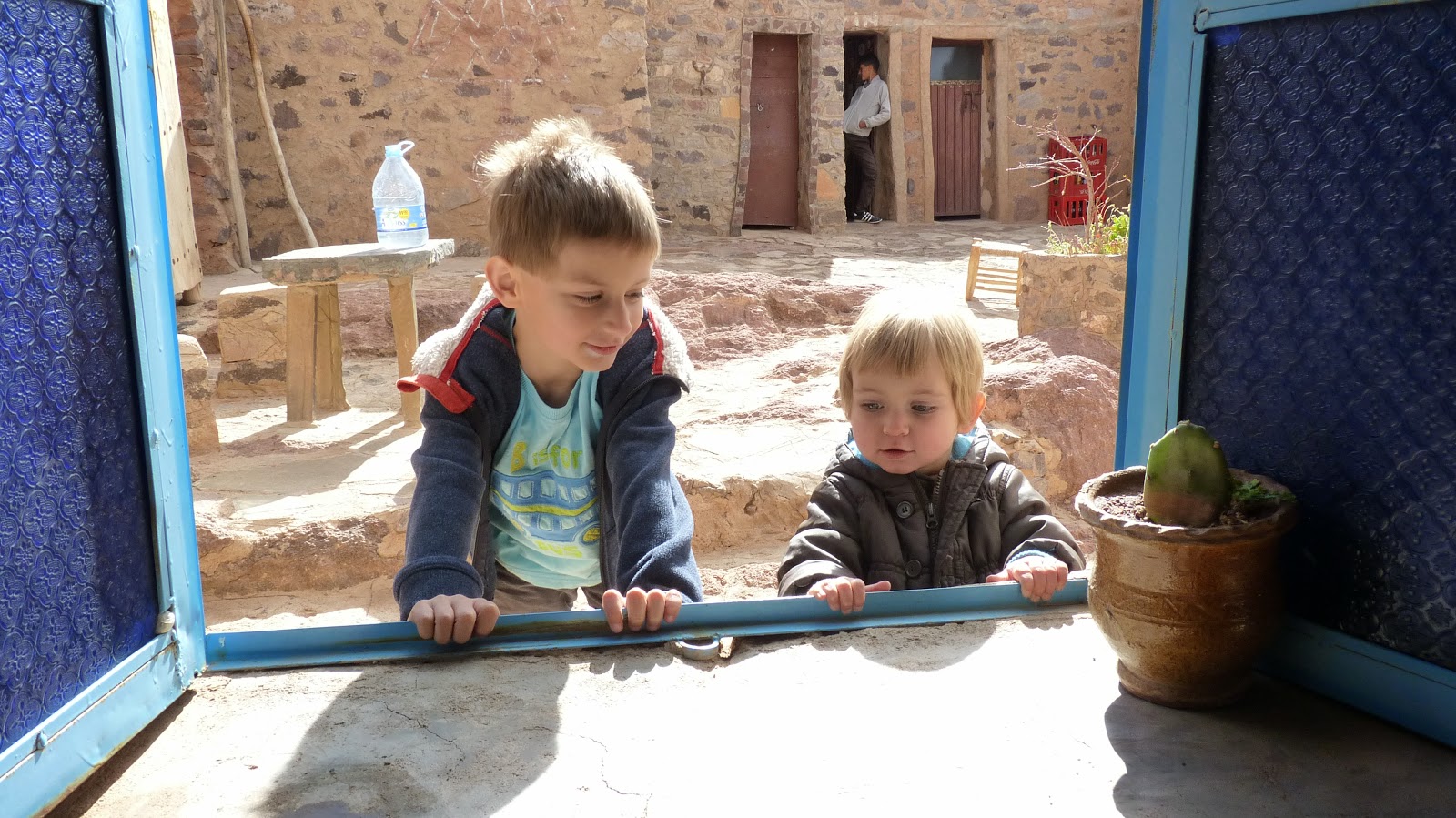 The photo doesn't do justice to how good this actually tasted.  As I said above, it was the best meal we've had in Morocco. 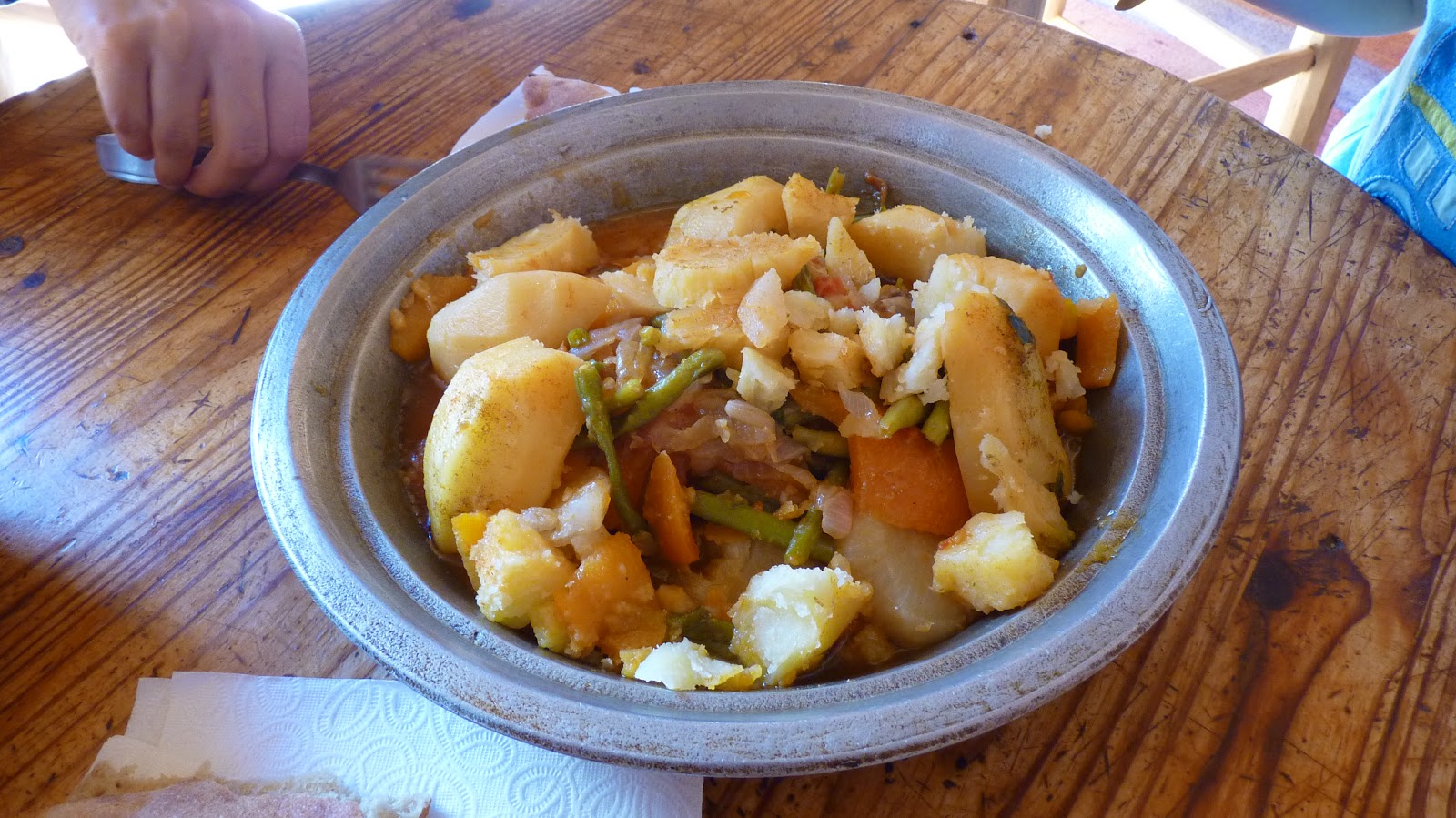 After lunch we continued over the pass and down.  As you can see this was a very rock route with fabulous views all the way. 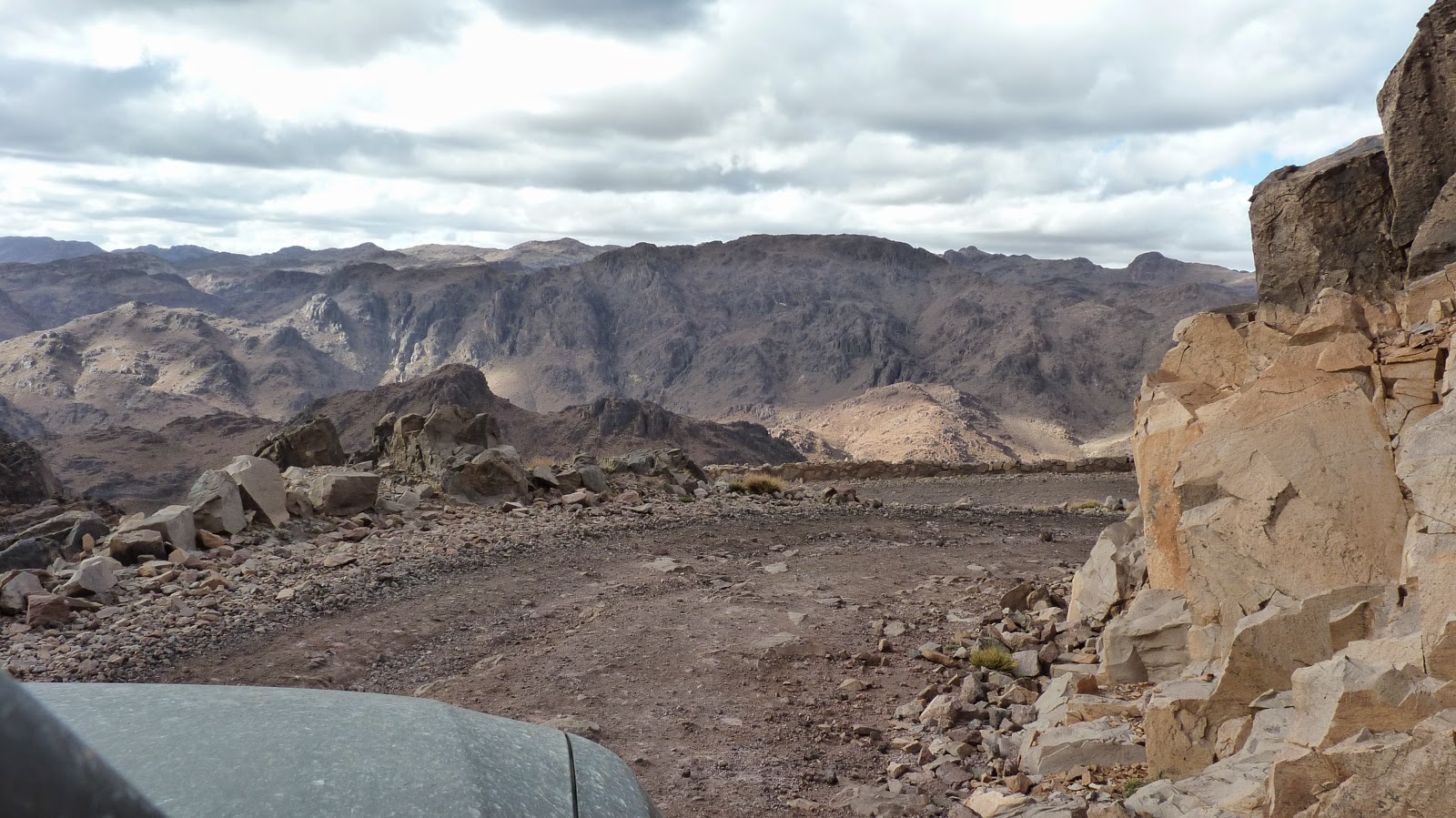 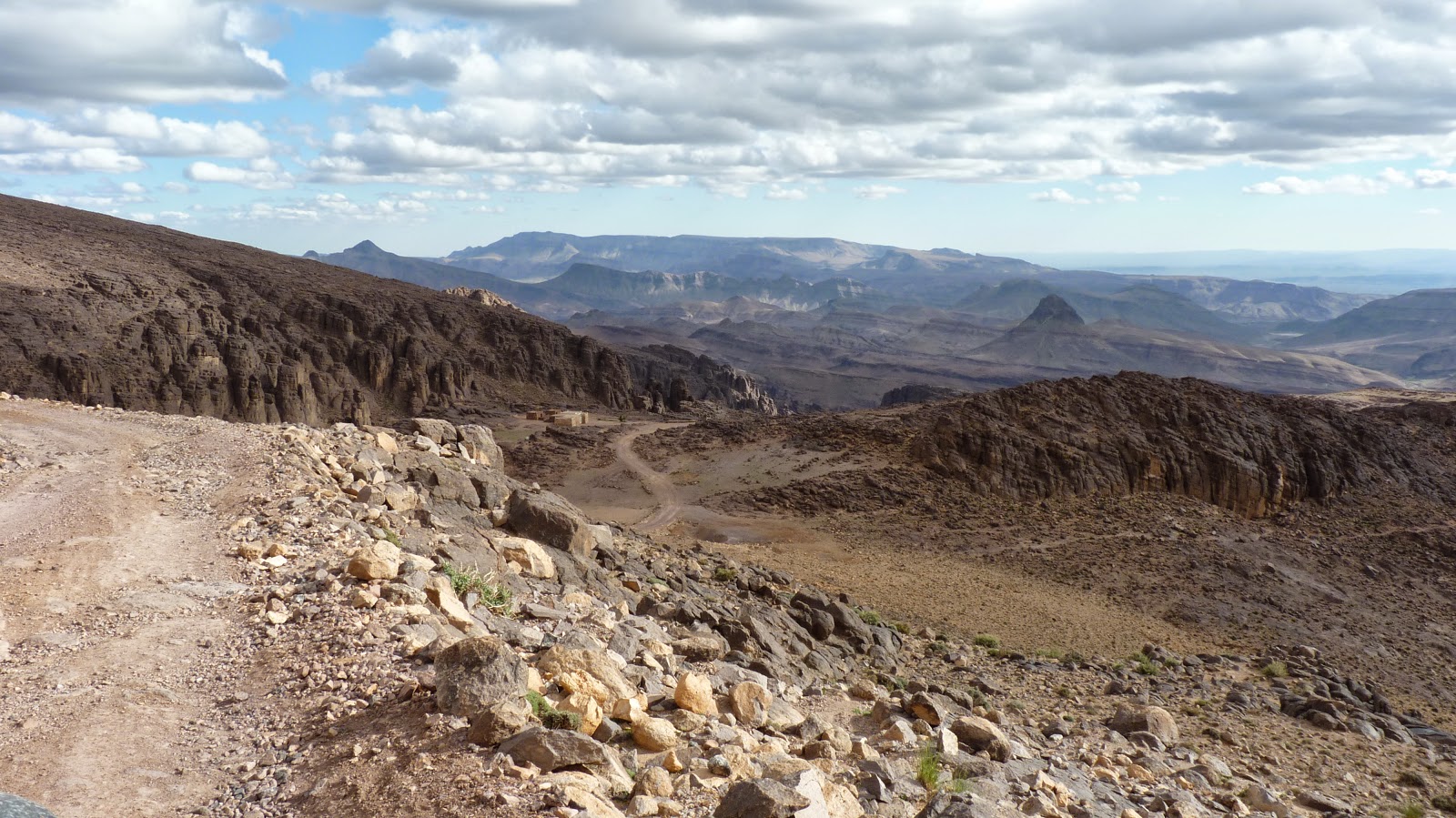 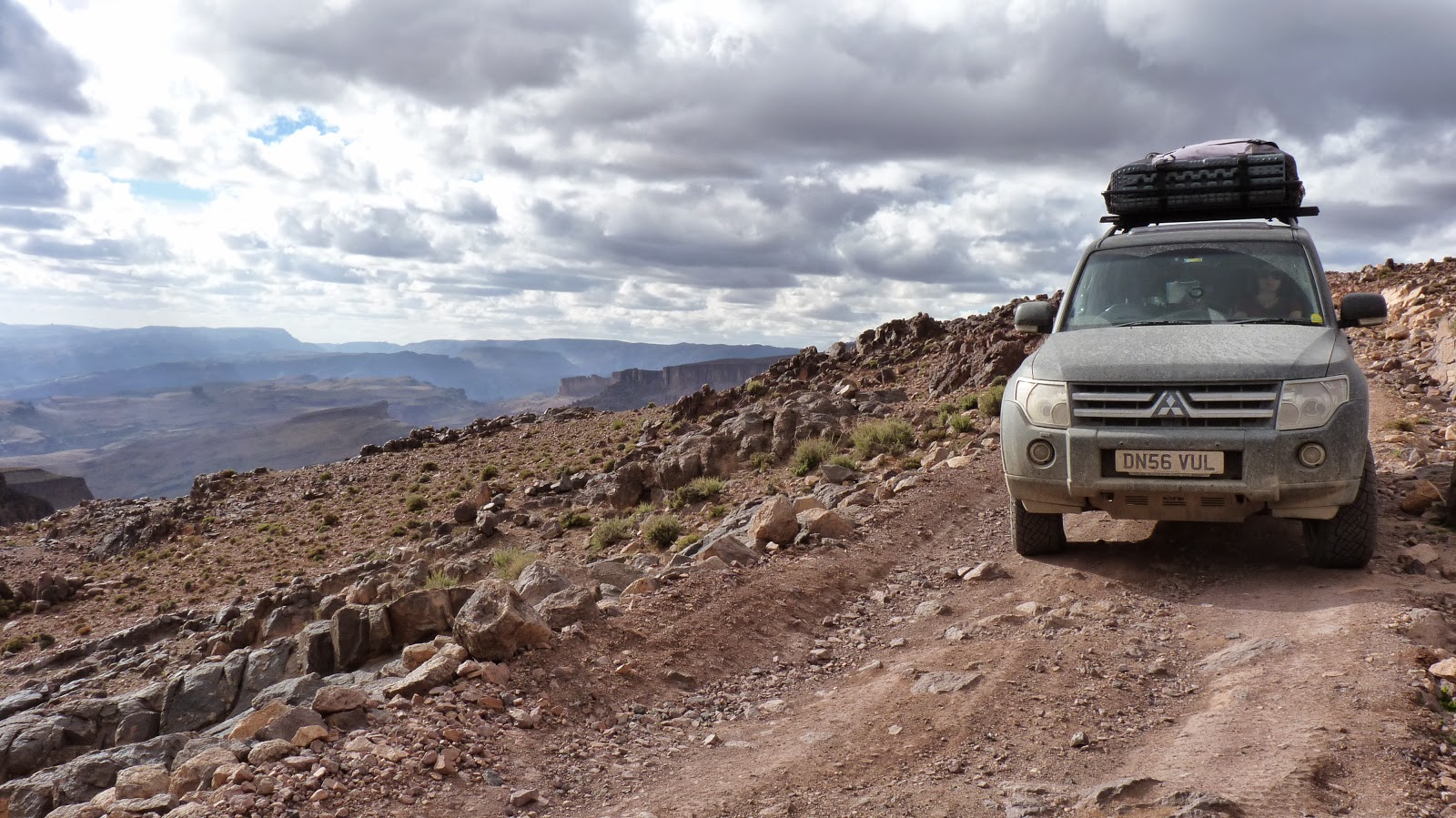 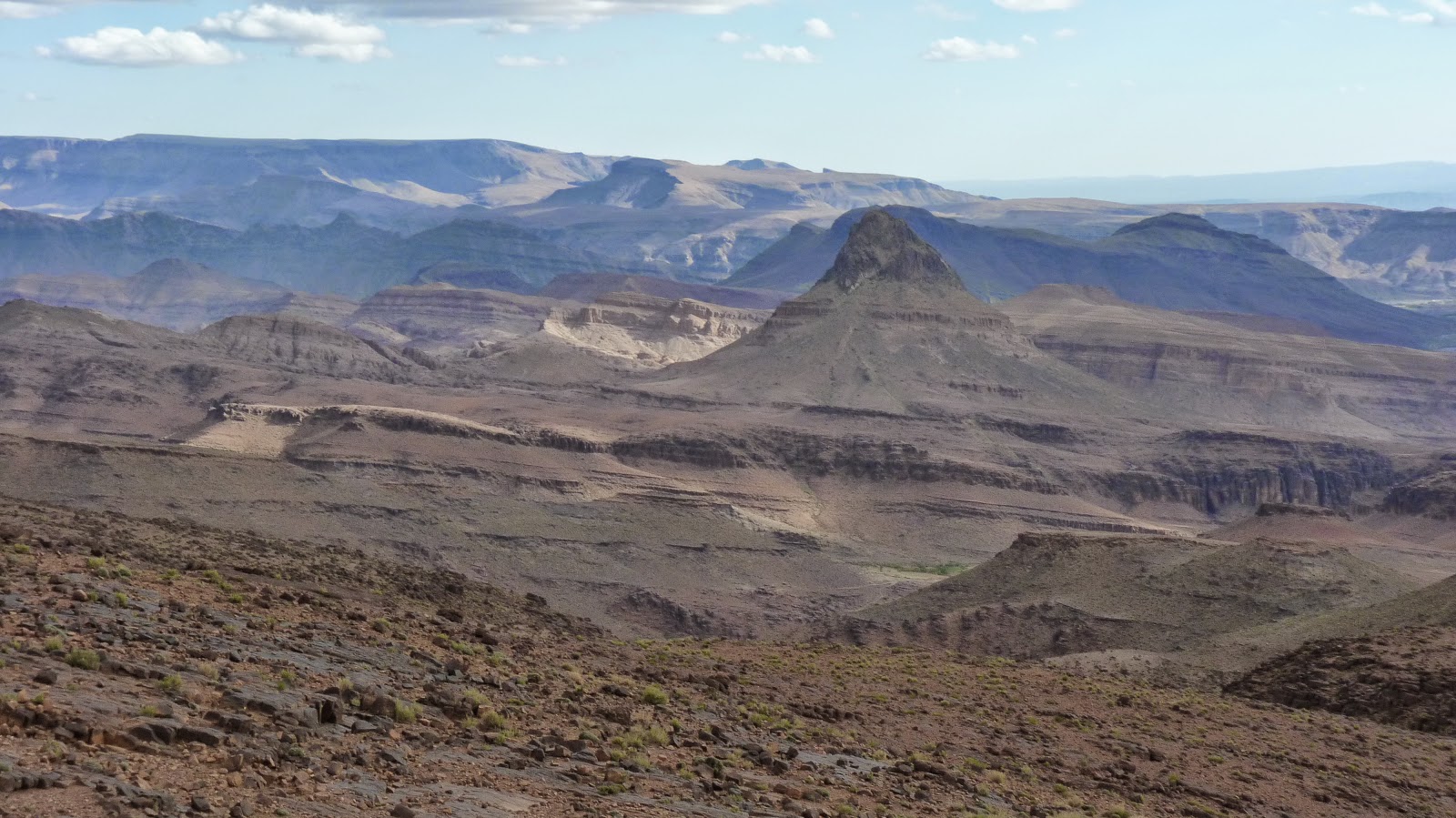 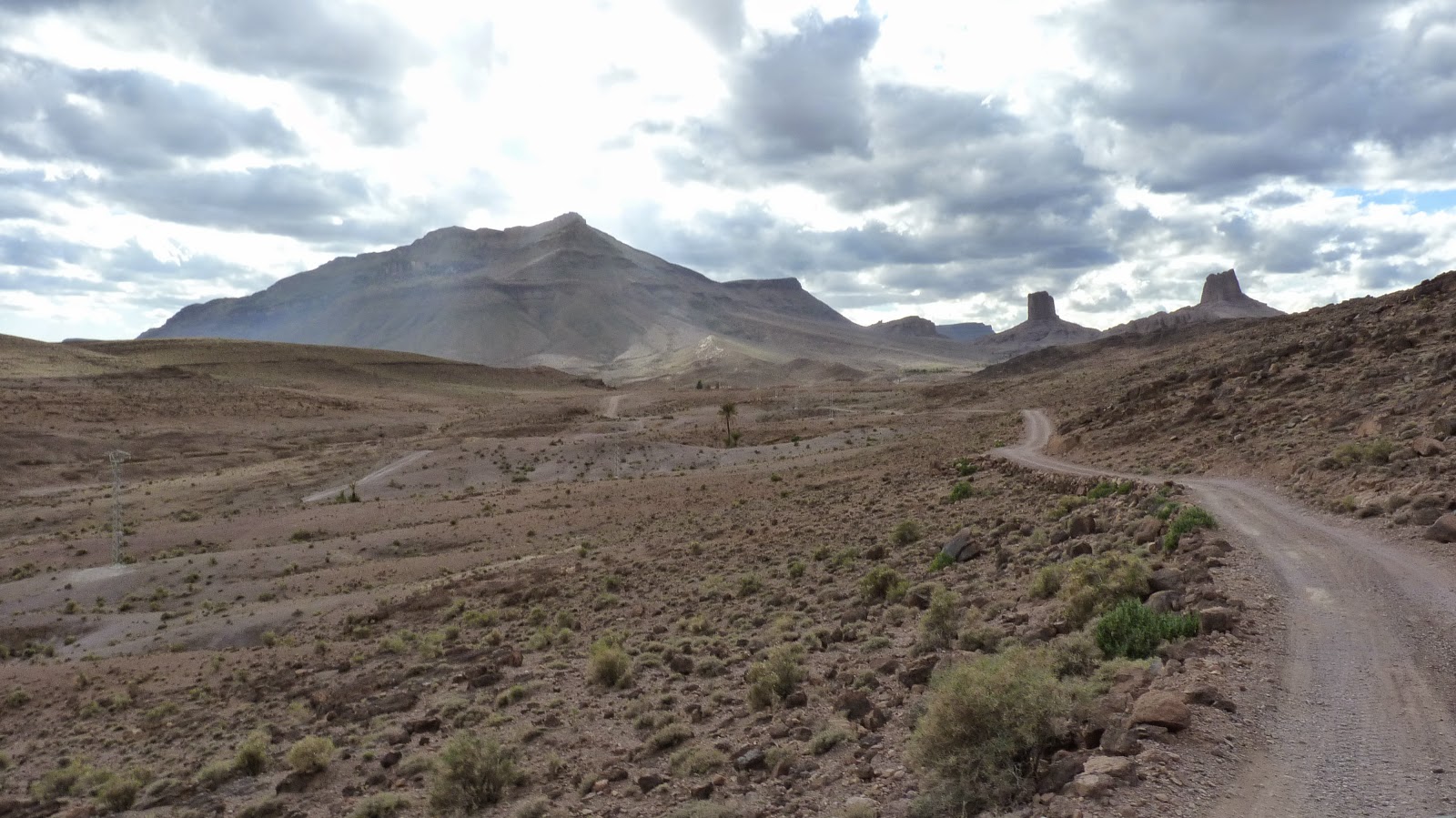 A valley with palms amongst the arid mountains 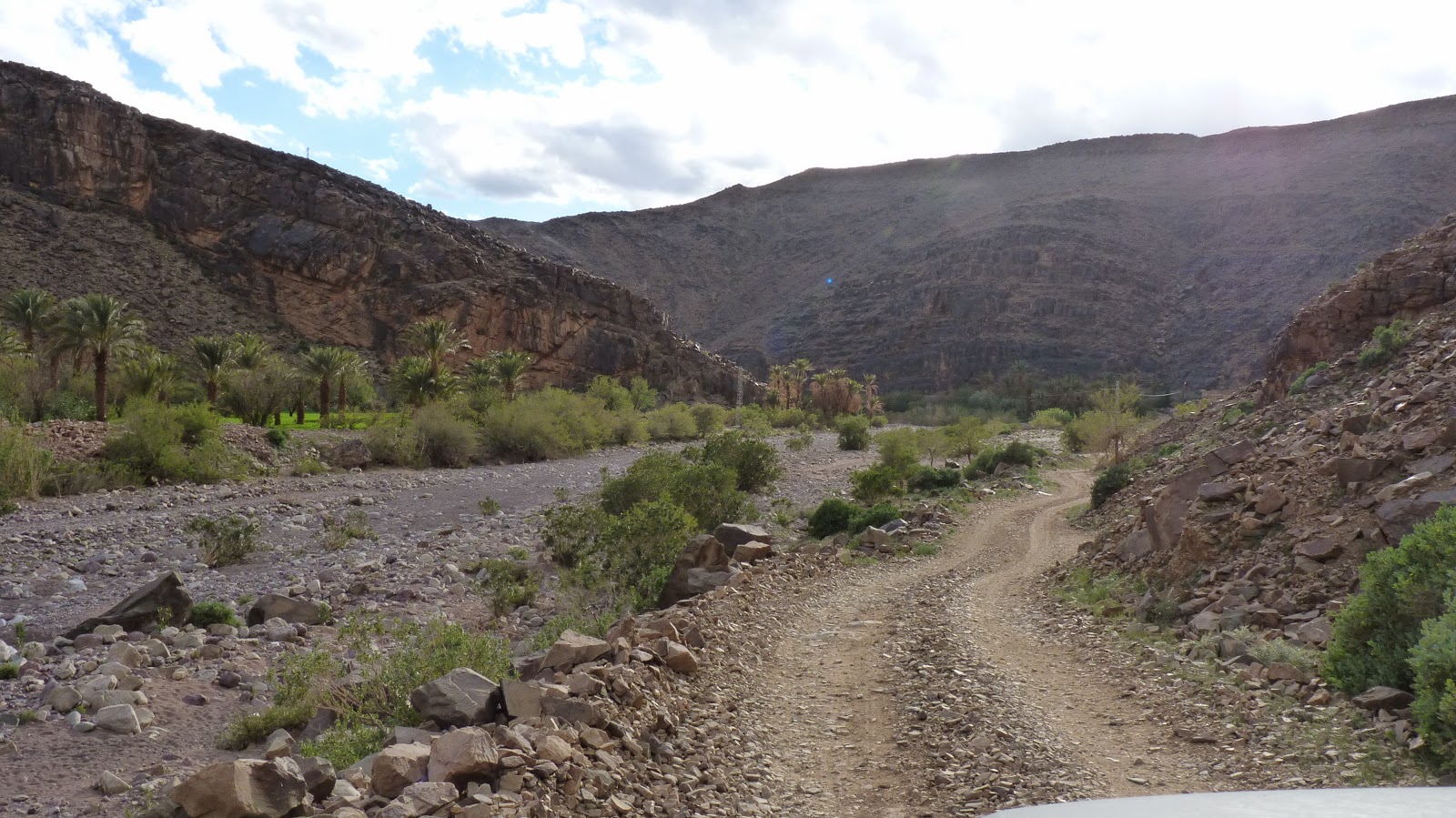 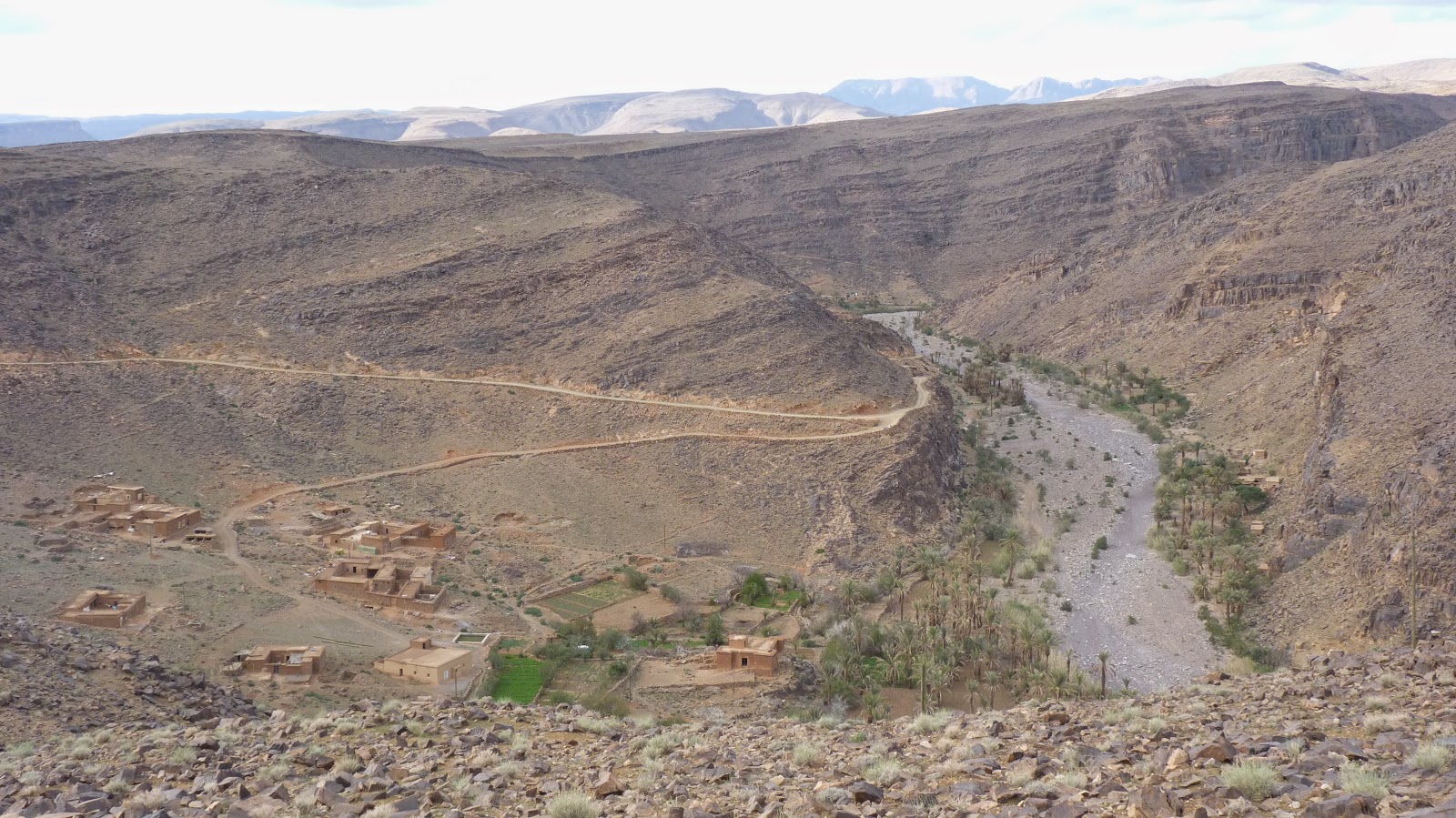 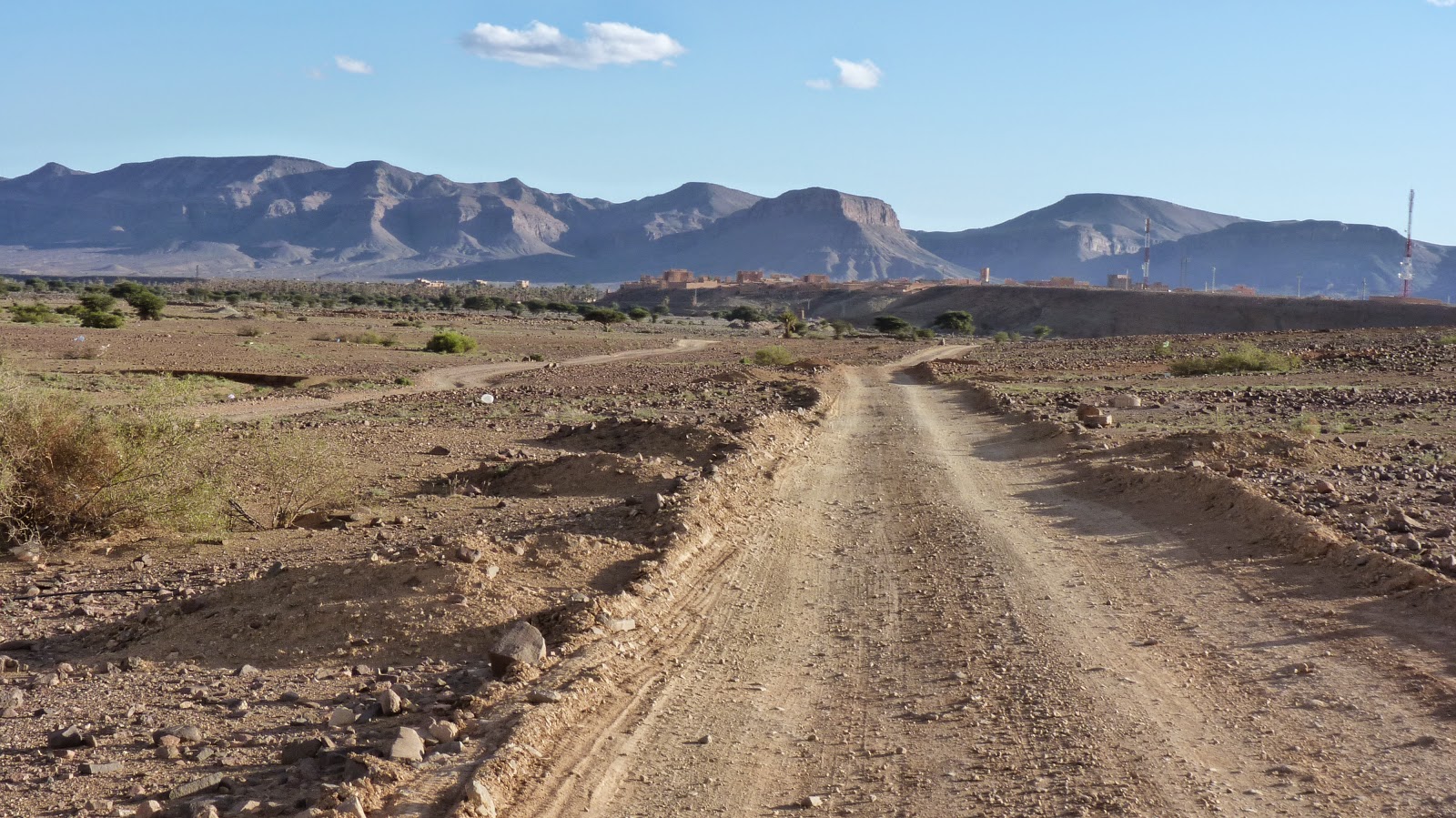 Joining the paved road at Nkob

On the main road heading for Ouarzazate