Here are a few photos from our trip up the Havelock river valley this past weekend.  It's the second time I've been into this valley (first time was September 2016), however we got much further up the valley this time than previously. This time around I was accompanied by Beany, Micky, my friend Chris and his son Oliver.

Just past the Mesopotamia farm station, where we paused to transfer Chris' camping gear from their car to mine.  We all traveled in my car from here on. 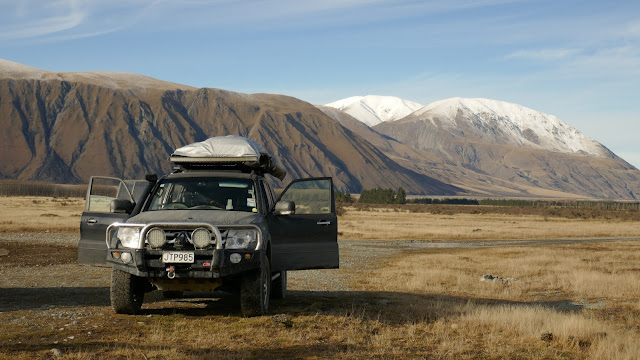 We reached our target hut for the night before nightfall - Curtis Memorial Hut - a cute little 4 bunk hut perched on a bush covered plateau above the river flats.  This is one of four DOC huts up the Havelock valley, which become increasingly difficult to access the further up the valley you go. 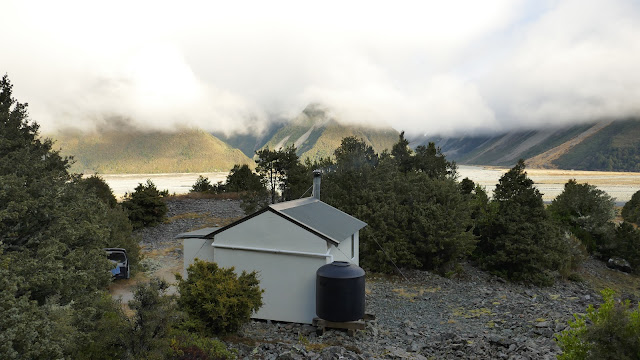 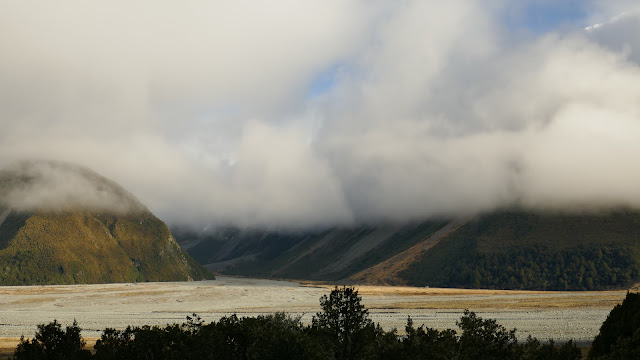 These DOC huts are very basic, but they are all you need and it's simply wonderful that we have huts like this dotted around all over the NZ back-country.  This one was fairly small with just 4 bunks, a small kitchen bench, table & chairs and cast iron log burner - all in a single room configuration. 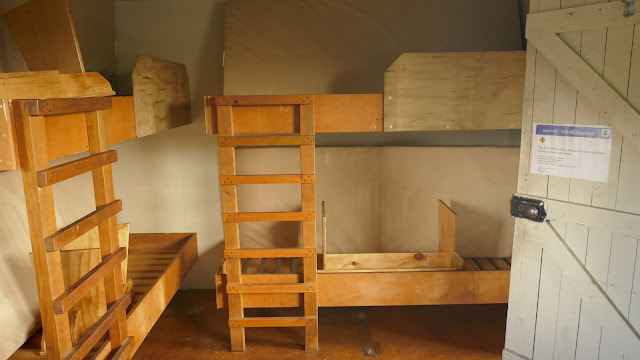 My drone aircraft captured these photos showing the location of the Curtis Memorial Hut: 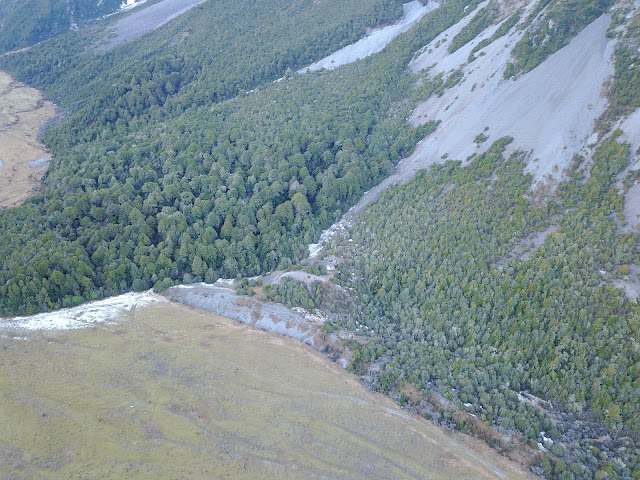 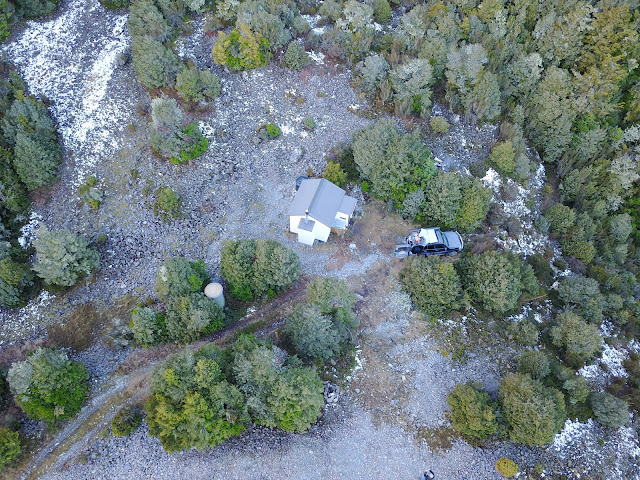 My drone also captured this photo of a waterfall cascading down the mountainside above the hut - note the little pools before the waterfall resumes. 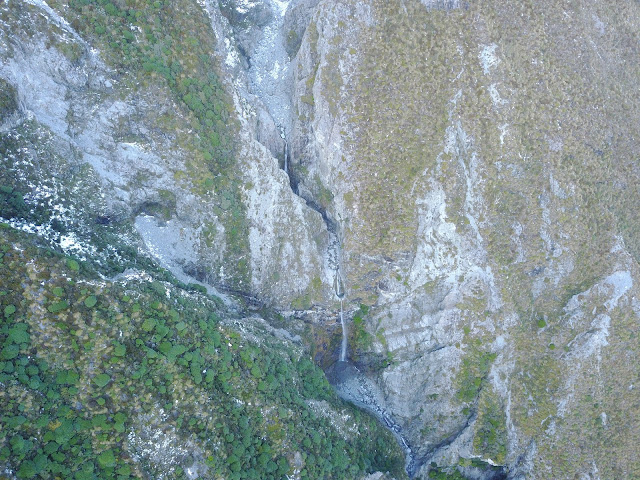 From where I was flying my drone 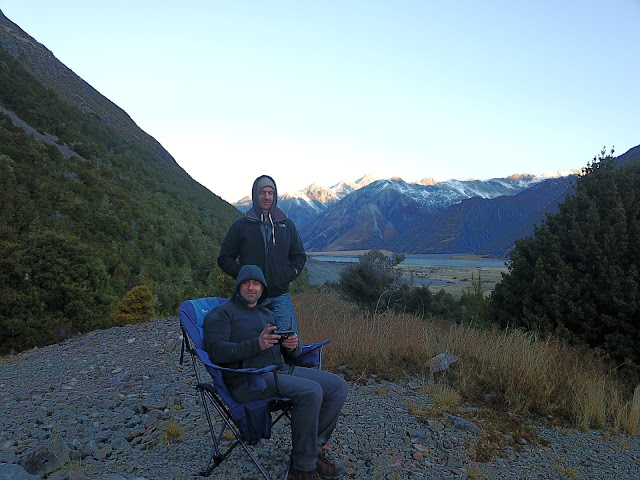 Another photo captured by the drone on the Sunday morning - at the bottom right corner you can see another DOC hut (Mistake Flat Hut).  It started off as a beautiful clear morning, though we had heard heard rain on the roof of the hut in the night and it was clear that quite a bit of snow had fallen on the mountain tops.  (Still not really a lot of snow about for the time of year). 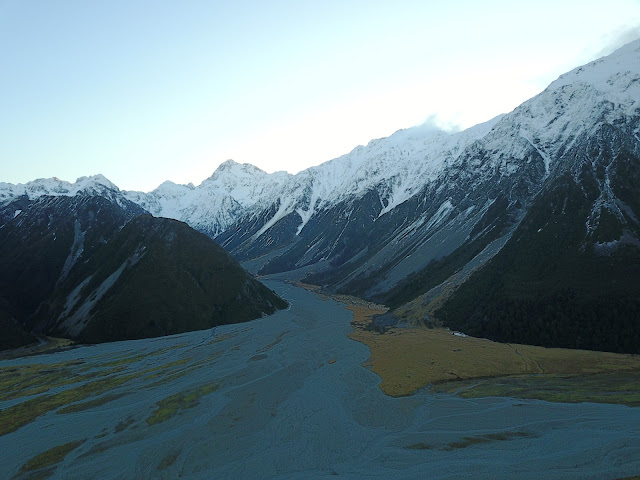 After breakfast and coffee we packed up and decided to head further up the valley. 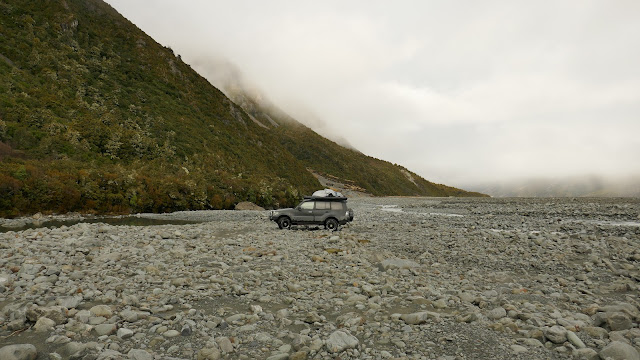 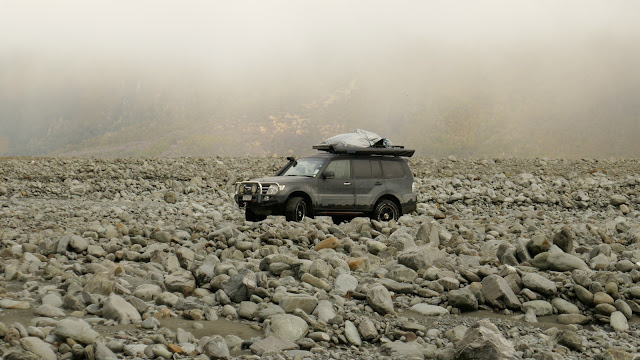 But the going was getting very tough and the rocks just kept getting bigger and bigger.  There wasn't really a 'track' across the river bed and it was just a matter of making the best progress we could.  We kept to the true left of the river and aimed for the grassy river flats, suspecting we'd be able to pick up a more established permanent 4wd track over there, which indeed we did.  For a time this allowed us easier and quicker passage up the valley, but eventually that ended and we found ourselves back in the rocks. 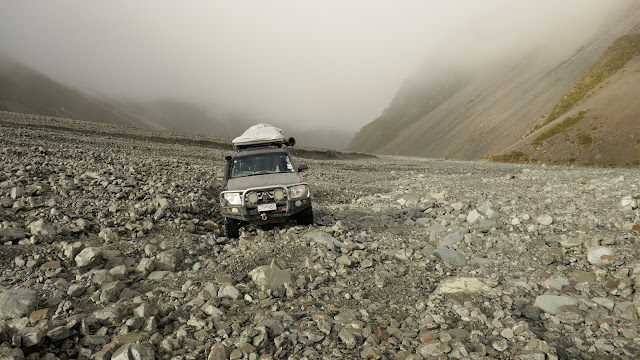 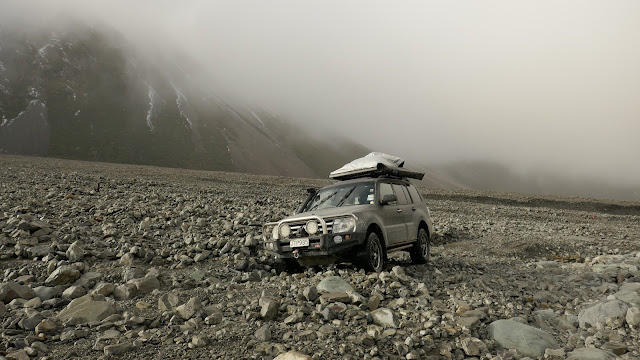 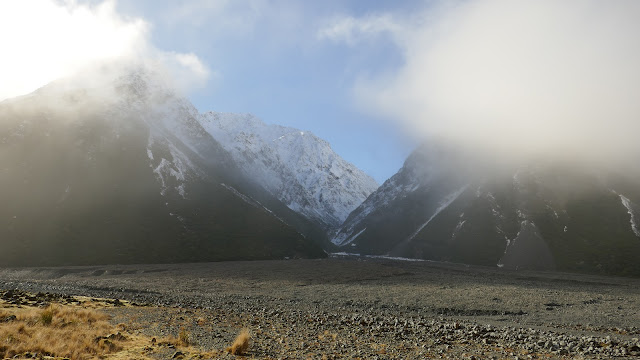 We got very close to the last hut up the valley - St Winifred's Hut, but though only 600 metres from it on the map we decided not to go all the way to it.  That final 600 metres (maybe more than double that in driving distance) involved very big rocks and a crossing of a deeper section of the river, which wasn't worth it since we didn't intend to actually stay at the hut and needed to turn back for Christchurch soon.  I flew my drone over to inspect the hut nonetheless - it had to contend with some low cloud and icy/snow falls to get there. 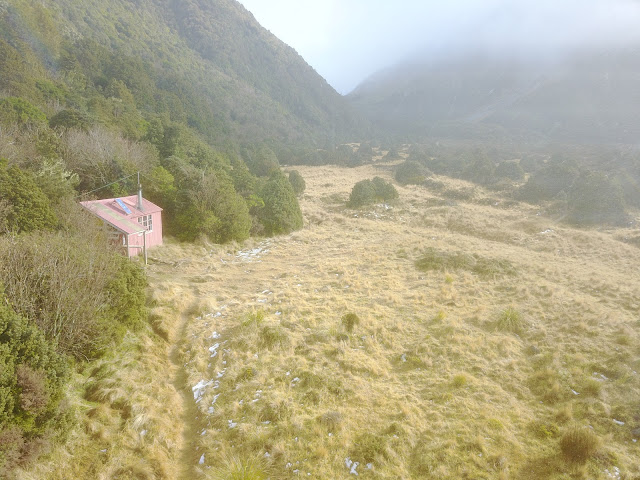 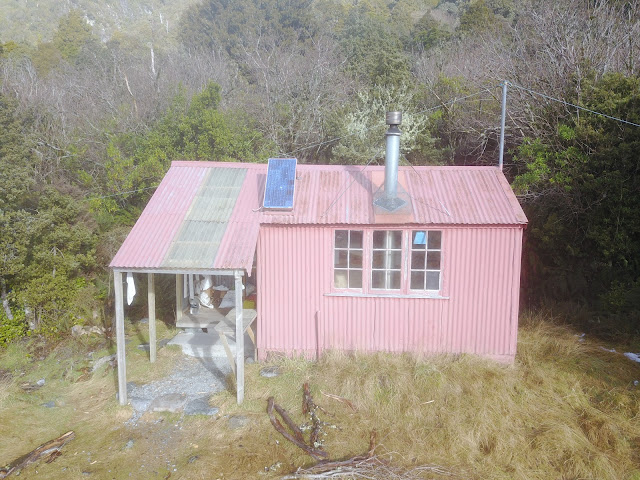 After a lunch break in the car - it was too cold to get out this far up the valley - we turned around and headed back down.  The day began to clear again and we were treated to some amazing views. 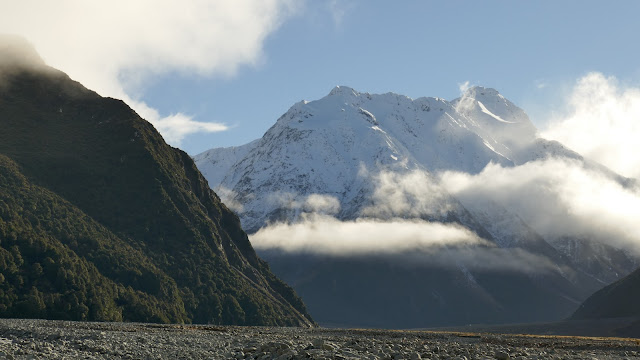 Chris preparing to guide me through a rocky section. 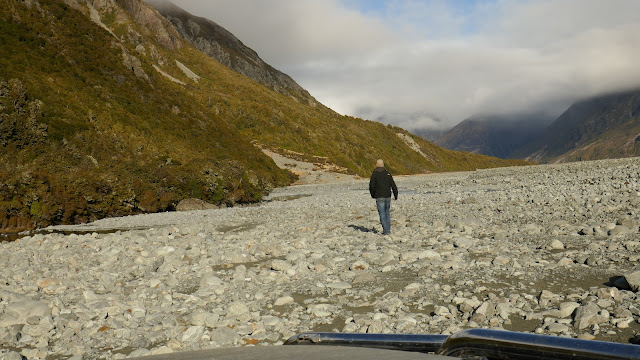 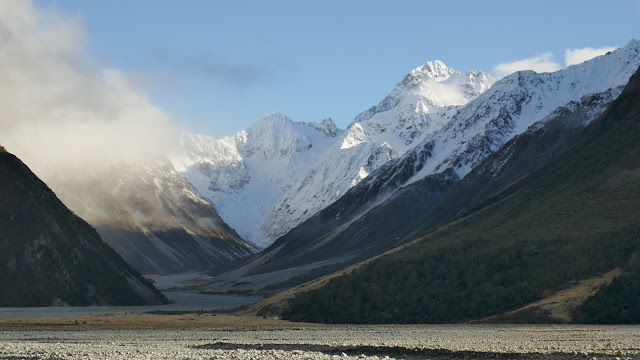 A short afternoon tea break late in the day outside Growler Hut.  The way out from Growler hut is much easier 4wding compared with where we were higher up the valley, which could well explain why Growler Hut is often full while the huts further up are unoccupied. 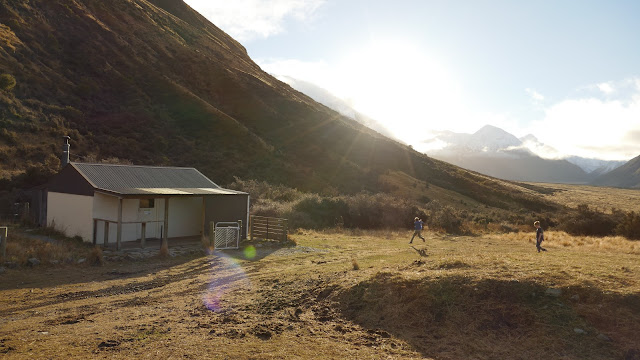 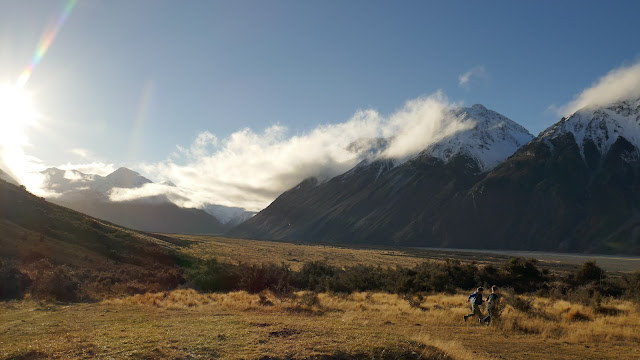 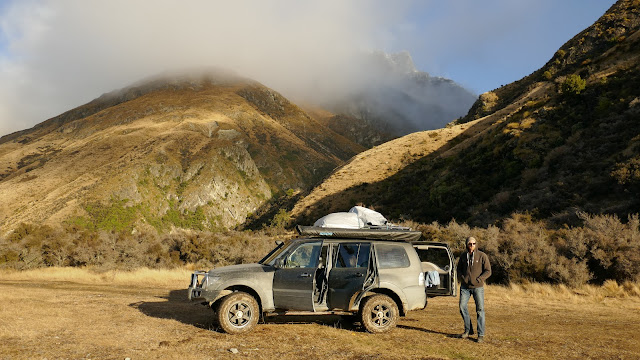 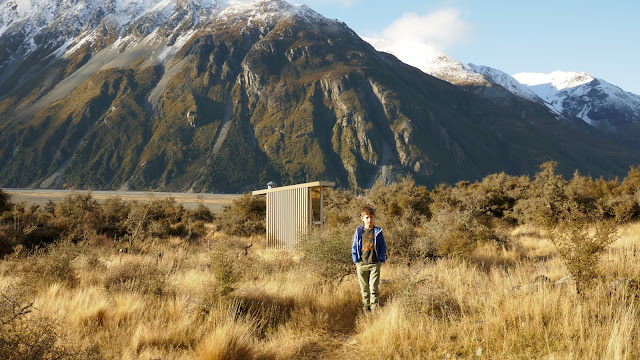 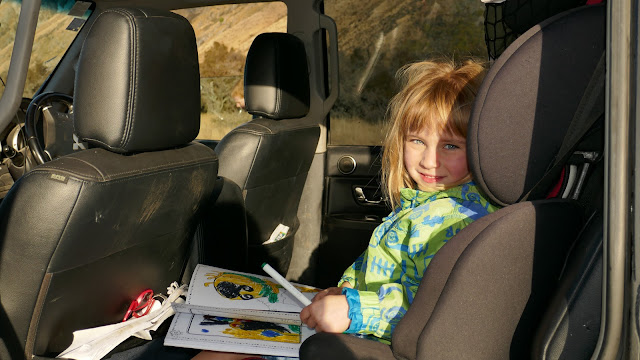 Nearly back at Mesopotamia station. 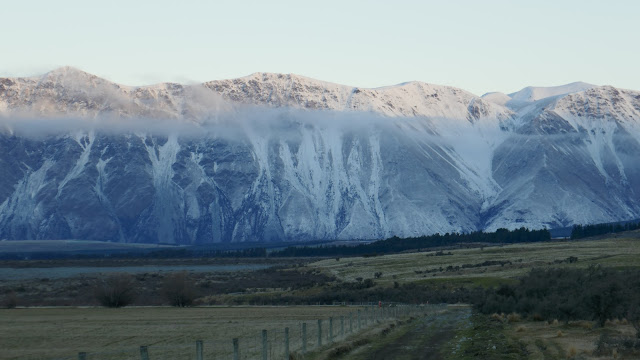 End of the day and back to where Chris' car was parked.  It's about 90 minutes drive from here back to Ashburton via Peel Forest. 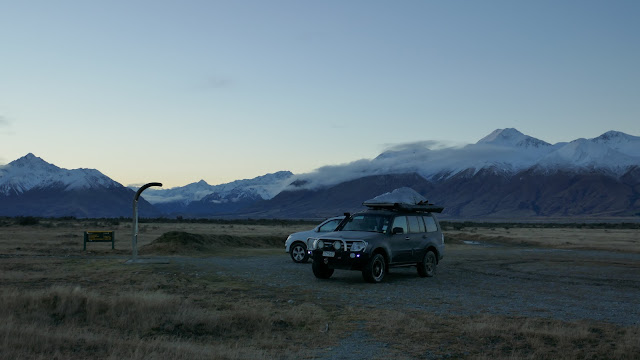