From Poland to the Romanian Mountains

I'm still playing a bit of catch up with my blog.  It turns out that writing a blog as opposed to just posting photo albums adds quite a bit of 'admin' to the trip.  So apologies if the text below is a bit rushed and boring, but hopefully when I catch up I can stay up to date and write some more interesting descriptions.  But in any case at least what is written below will help to understand where the photos were actually taken.

(If you want to see just the photos displayed then click on one and it will display at full screen size.  Click the enlarged photo and the next in the sequence will load).

After crossing over the Tatra mountains we had to travel down through Slovakia and Hungary and then a fair way into Romania to reach the Romanian mountains we are aiming for as the next destination of our trip.

Crossing over the Tatra mountains 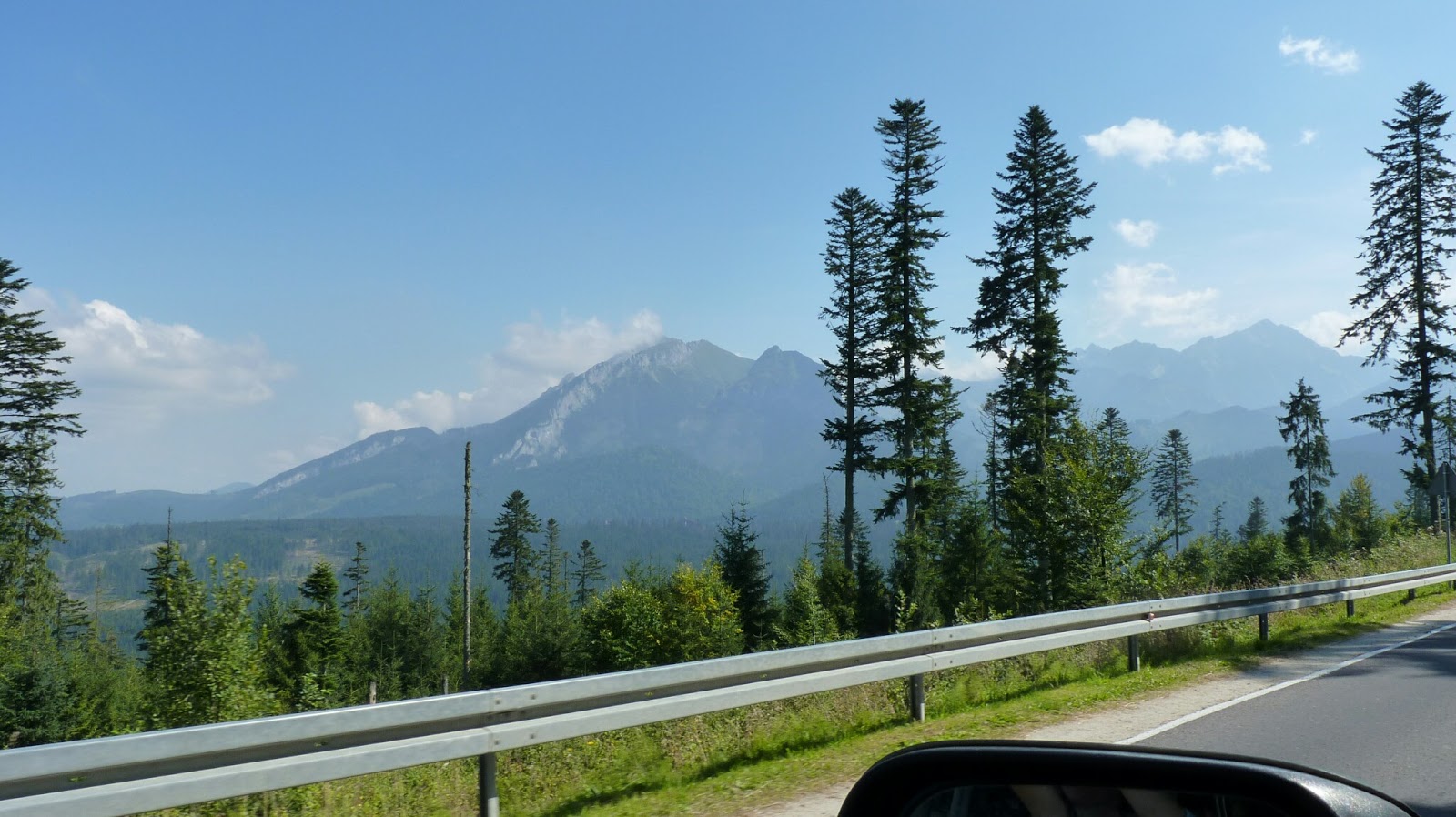 A small Slovakian town we stopped for an afternoon breack.  It's called Levoca and it's a UNESCO world heritage site. 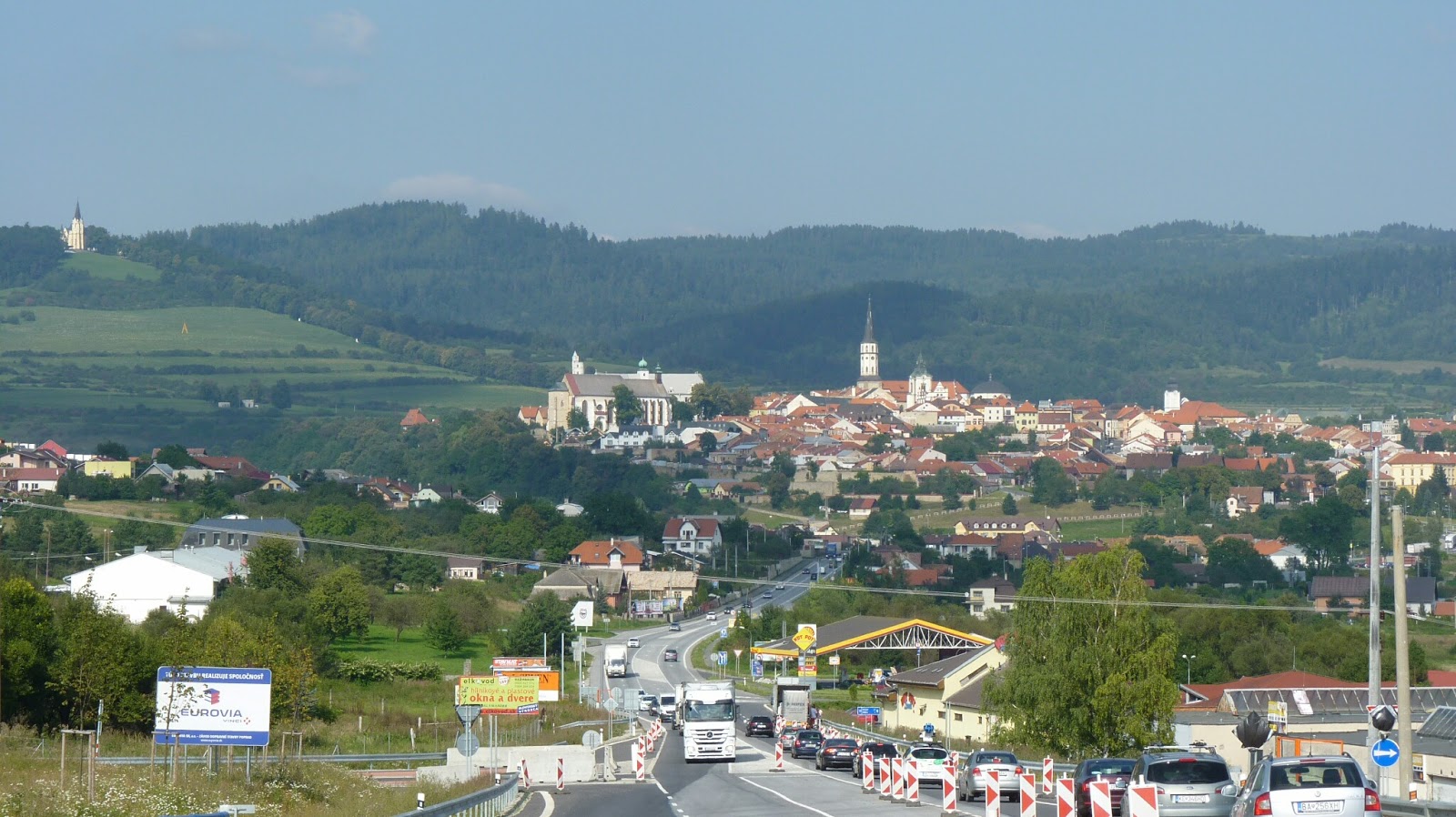 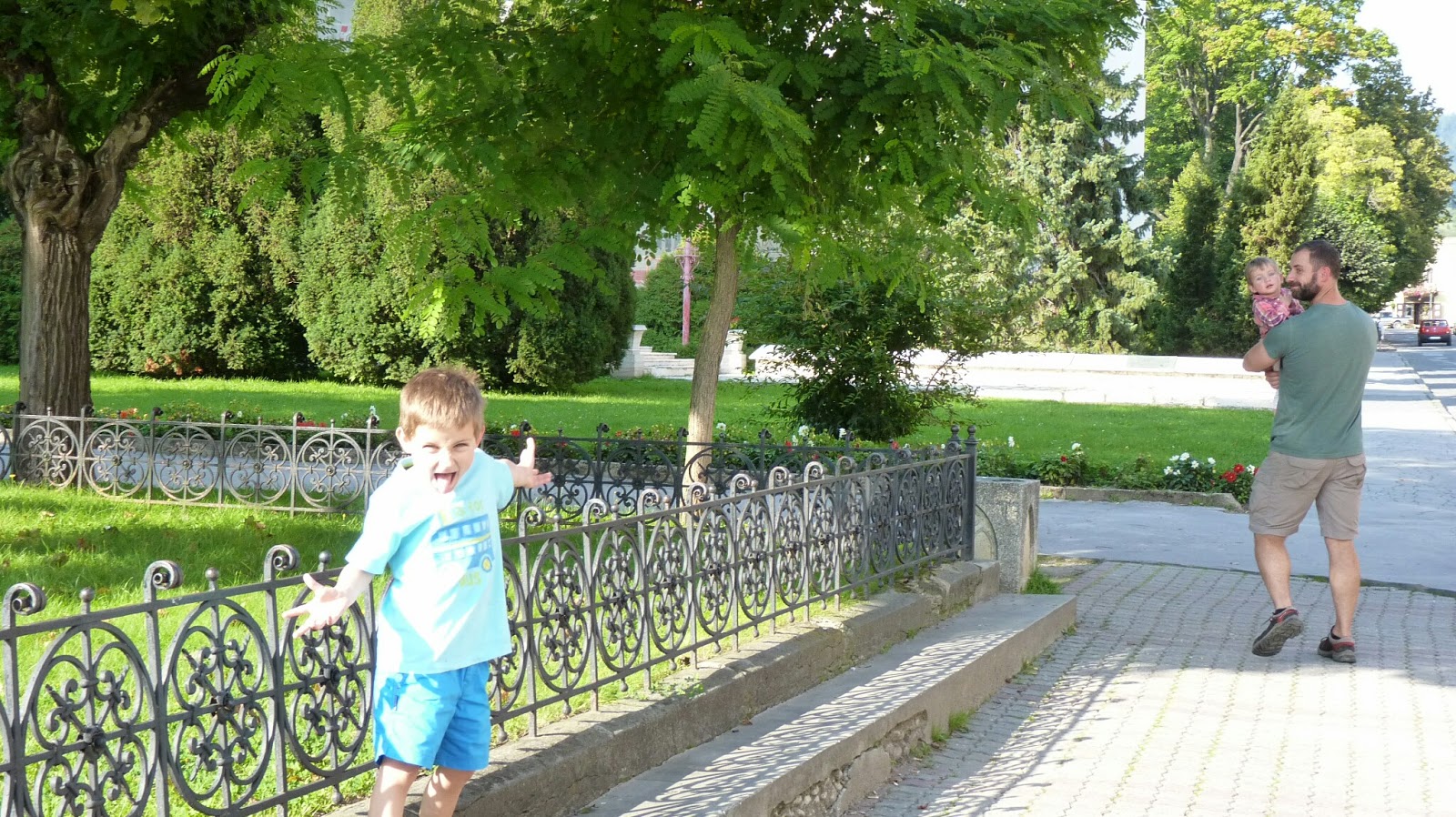 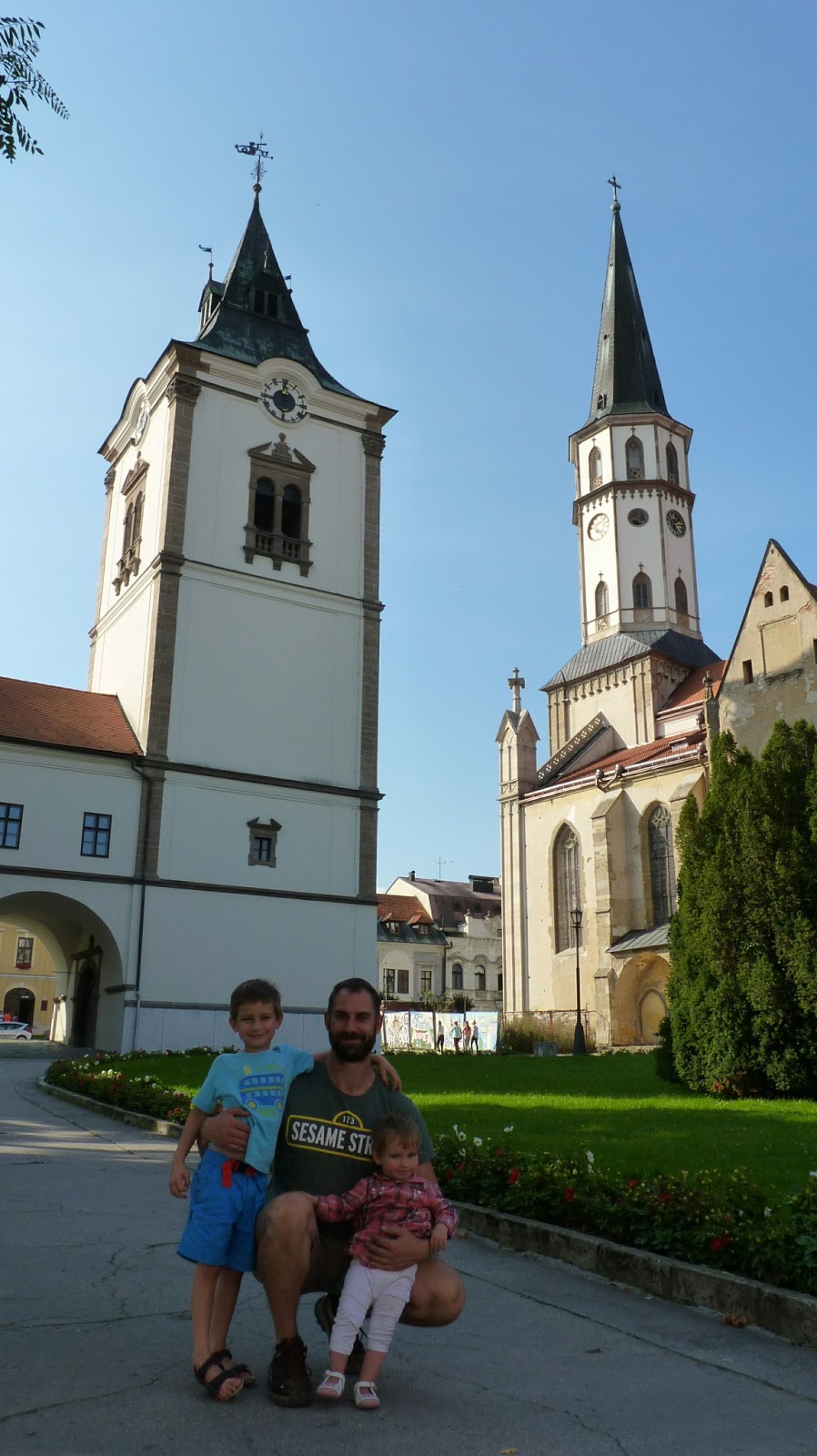 A charming we lake side village we passed through in the mountains. 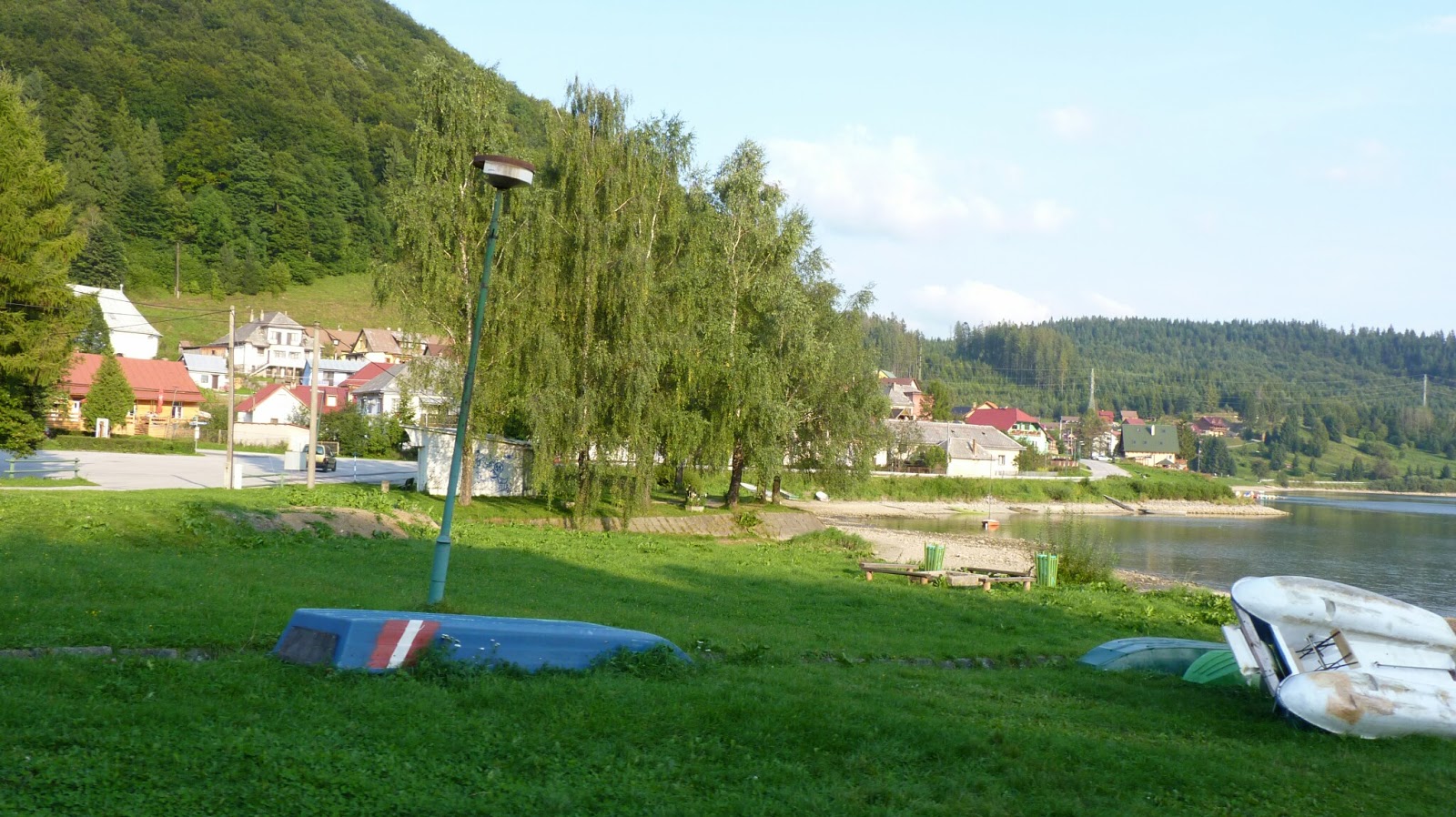 And our campsite for the night - in Hungary, in forest outside Miskolc.  We arrived at a campsite we had been aiming for after dark to find it closed.  We thought we'd have to head into Miskolc and look for a cheap hotel or pension, but then passed a sign for a campground that hadn't been on my map.  We stayed here two nights and on the second night had the whole (tiny) campground to ourselves.  There was only one other couple on the first night too.  That's what happens this time of year, as everyone heads back home from their holidays as soon as the school break ends.  I expect just 10 days earlier this place (and other largely empty campgrounds we have stopped at) would have been packed. 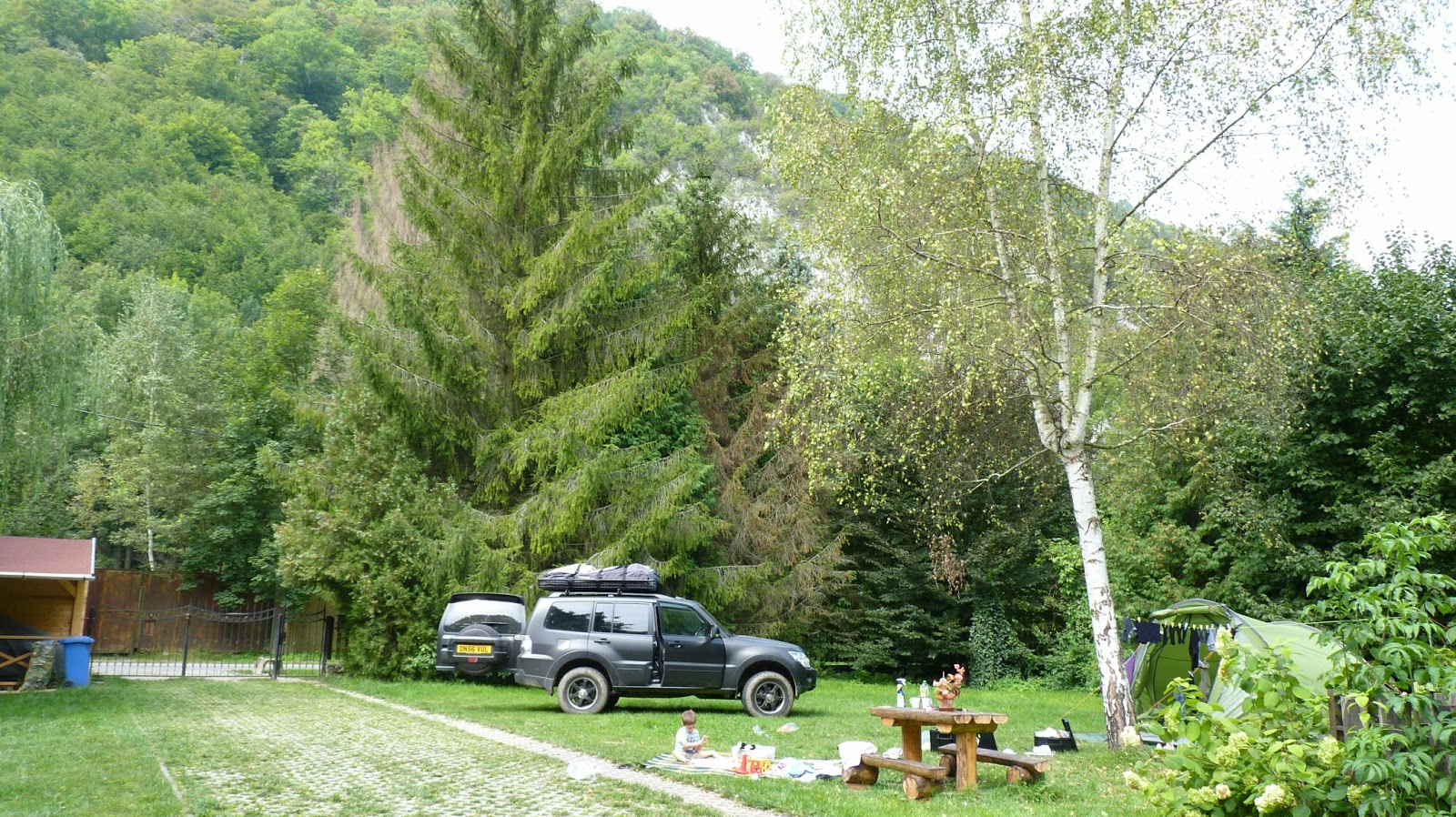 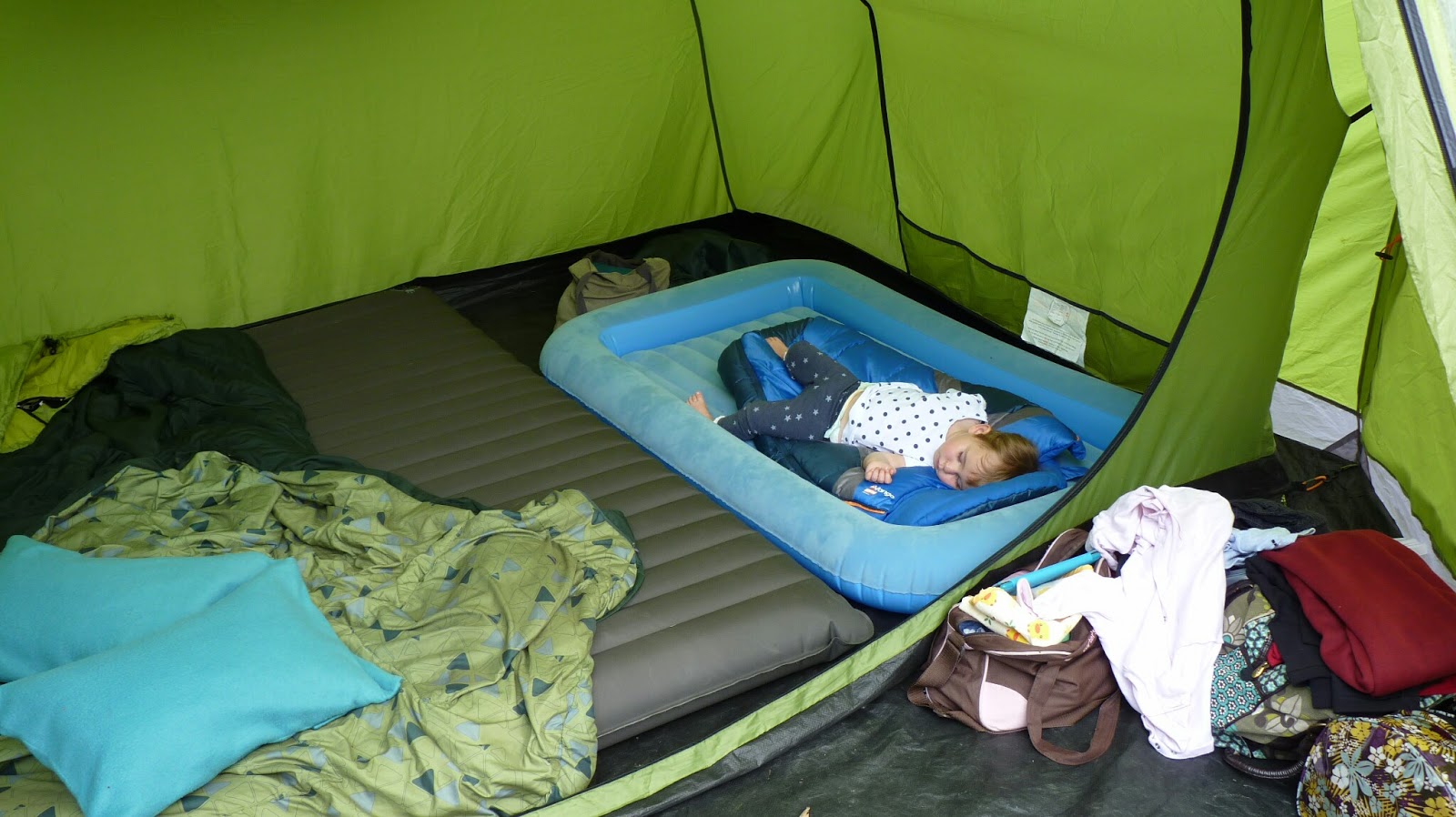 Feeding Micky Moo breakfast the following morning.  We stayed two nights at this campground, and again we were about the only ones there.

The campground had a good playground.  Beany mastered the flying fox, while Micky Moo just liked lying on the trampoline and being jumped around.  She tried to have a wee jump too.

This poor we kitten had a sad end.  Later the same day I started the engine and heard an awful mechanical noise.  Thinking something had gone wrong with the engine I opened the bonnet to find the kitten had managed to crawl up into the engine compartment and must have been playing in there.  It had gone around the drive belts..... nothing I could do for the poor thing.  This also left the car non-driveable because one of the drive belts was twisted inside out and damaged.  I'd never imagined this scenario, but fortunately I had a new replacement drive belt in my stock of spare parts.  I soon had the engine running again - shame I can't say the same for the poor wee kitten.

Stopping for diesel and coffee in a small town near the mountains.  Whenever I get back in the car after a break most of the controls on my car and GPS maps have been altered..... Micky Moo! 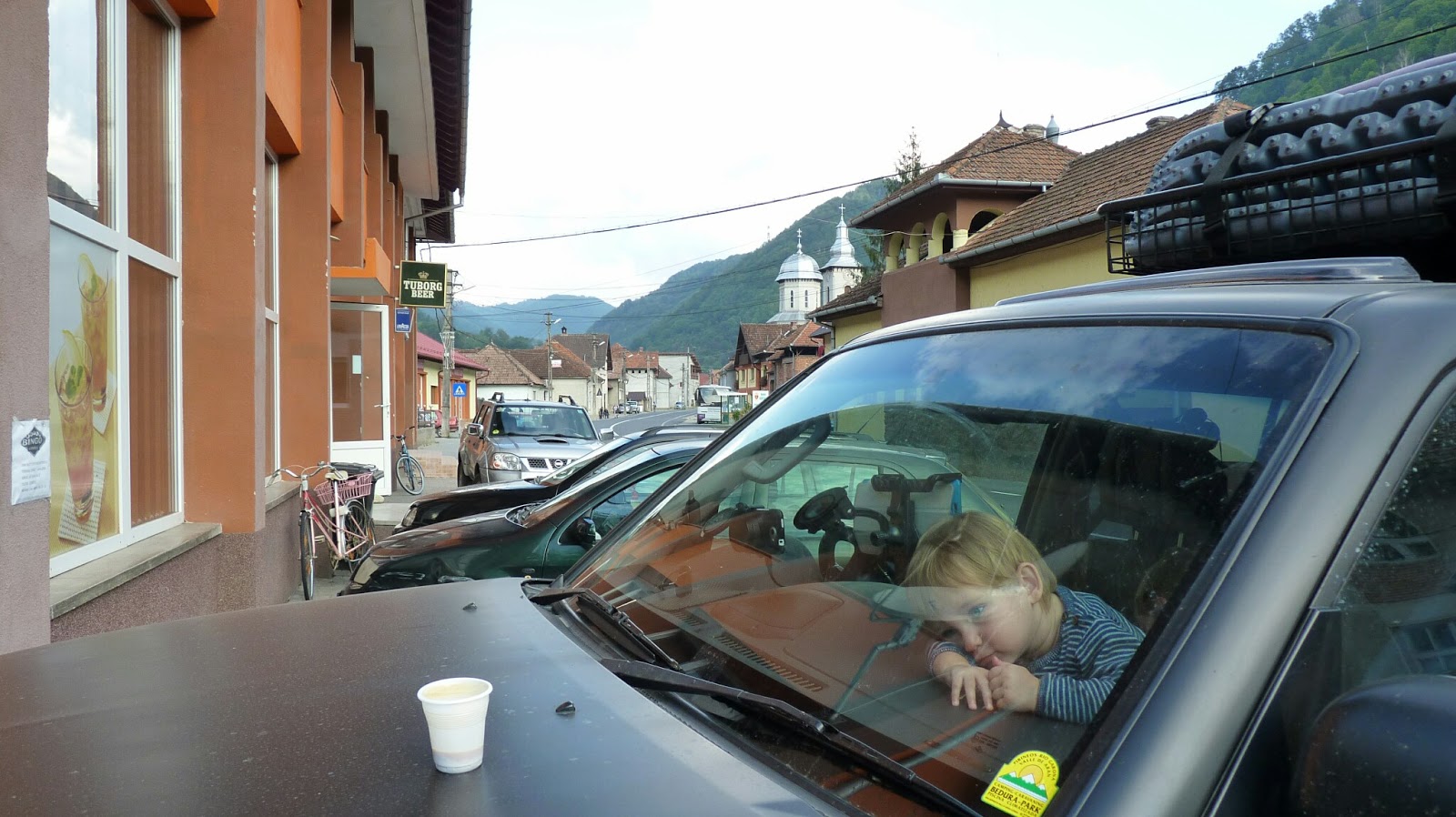 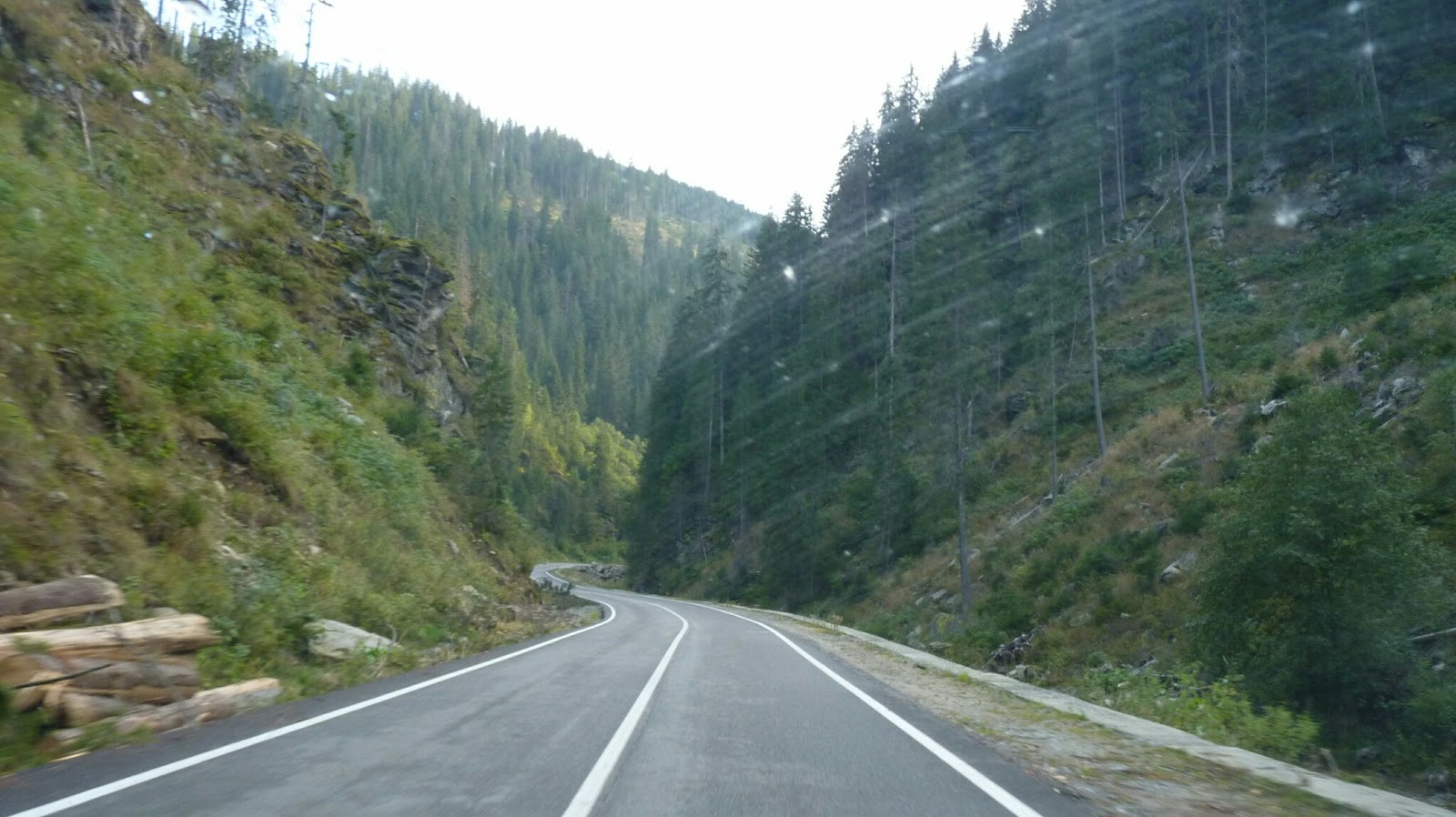 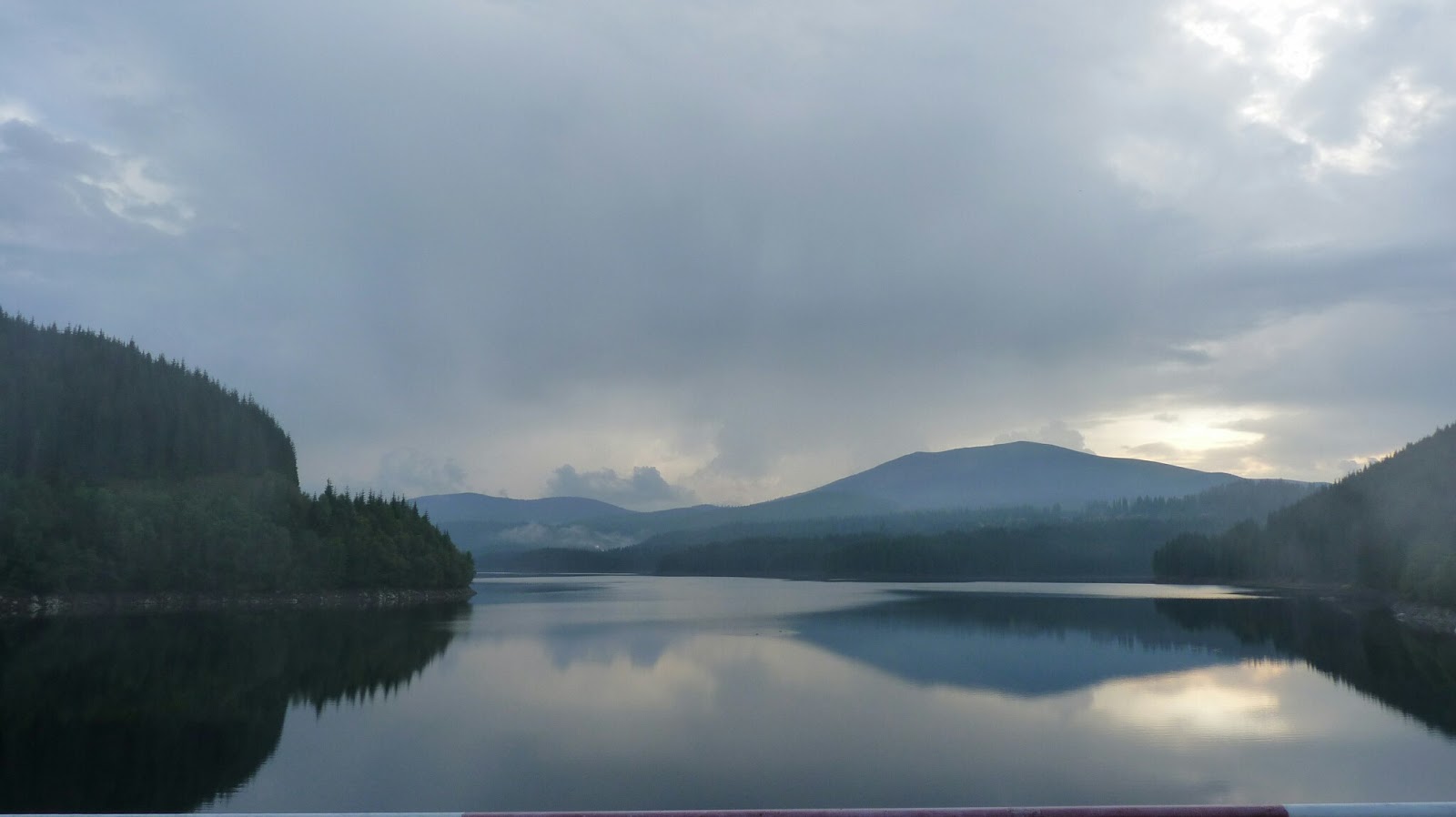 Next is a photo of our first wild campsite of the trip.  This photo was taken after we got set up and cooked dinner.  You can see Beany's tiny silhouette against the camp fire I made to keep us warm.  Although Romania still experiences summer type temperatures in September and the weather has been sunny, this campsite was at 1,250 metres - meaning warm days but cold nights. 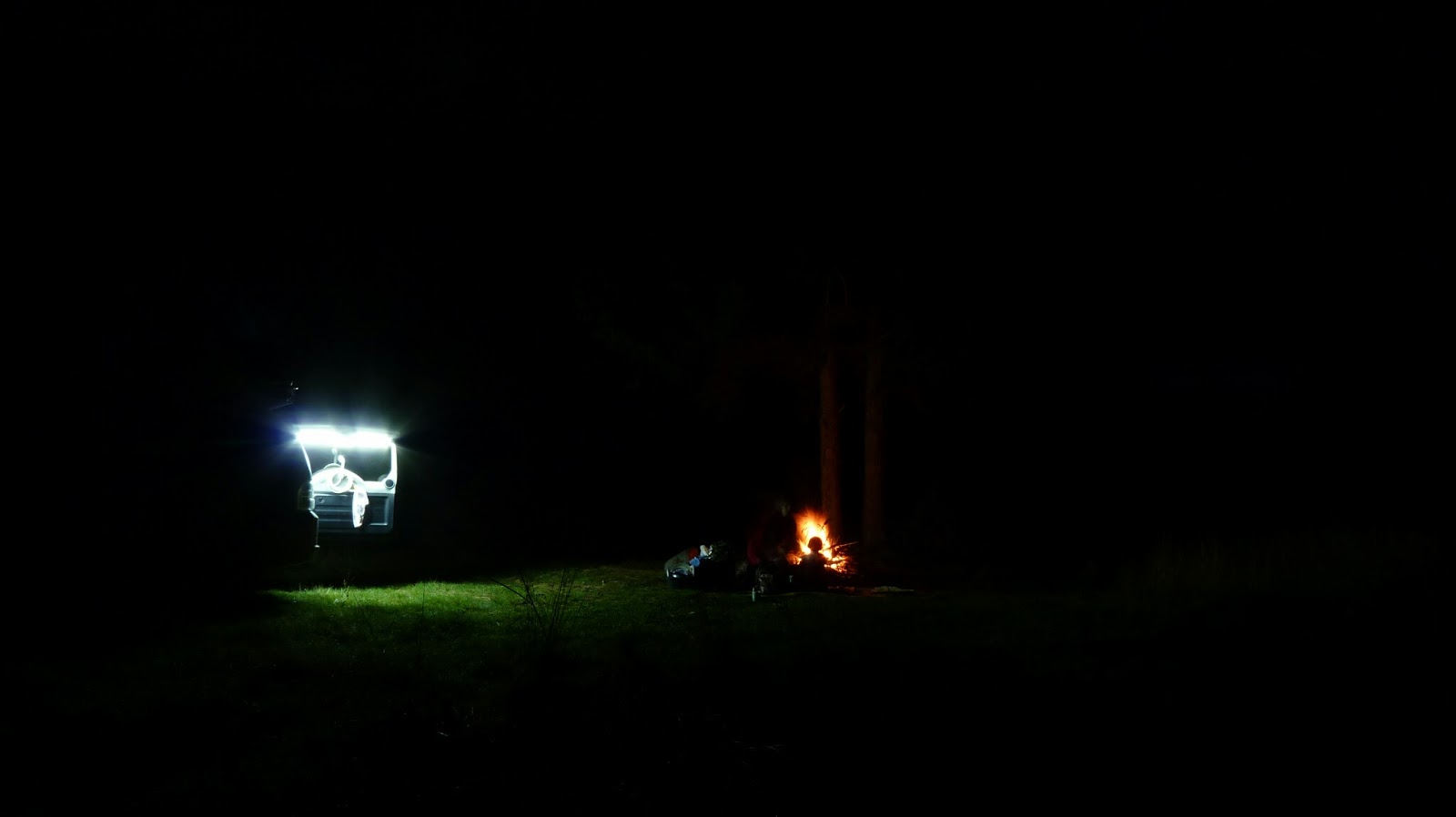 The next morning I managed to get some better photos showing our wild camping spot in all its glory.  It was cold until the sun came over the forest, but warm in front of the fire! 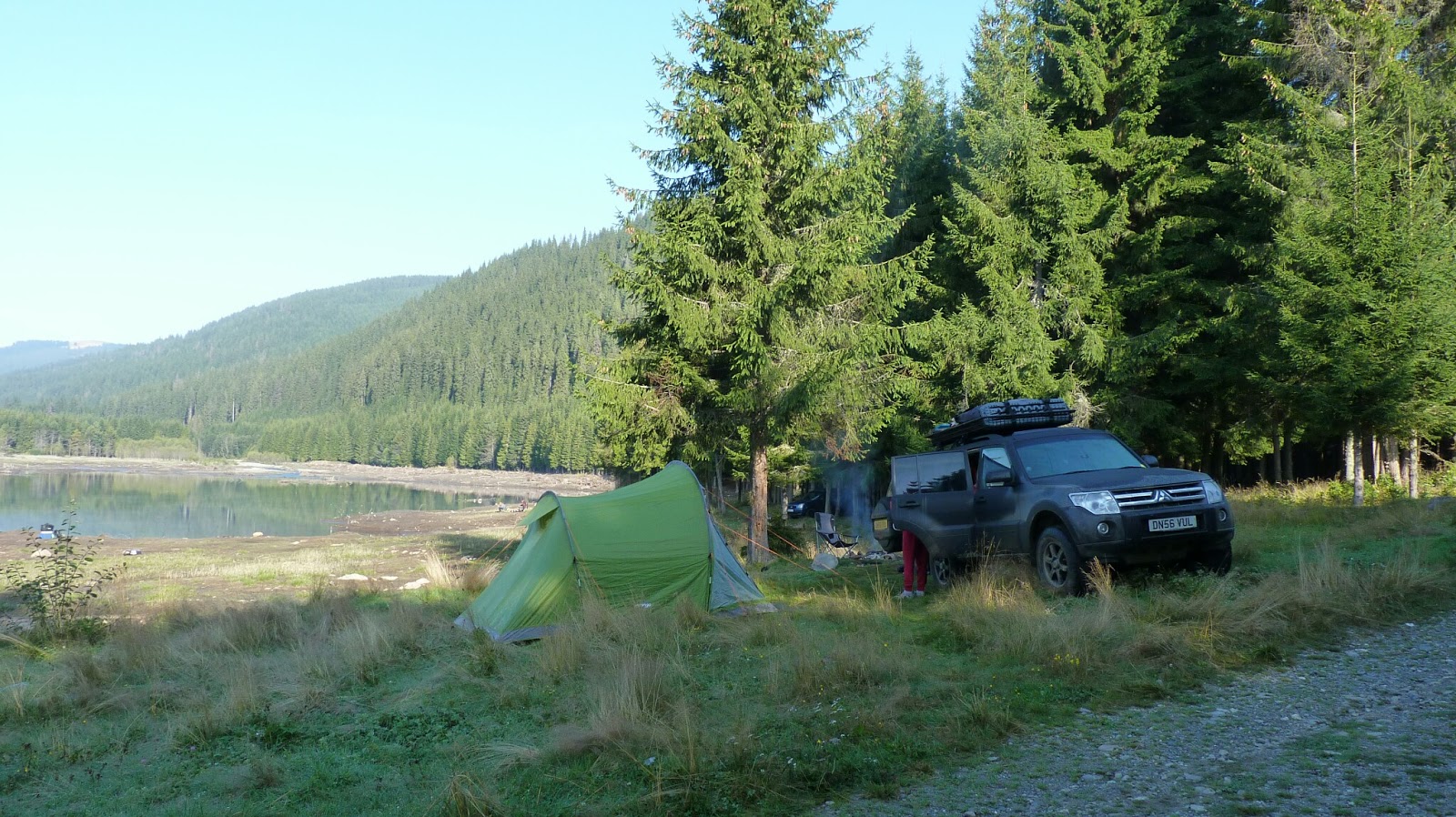 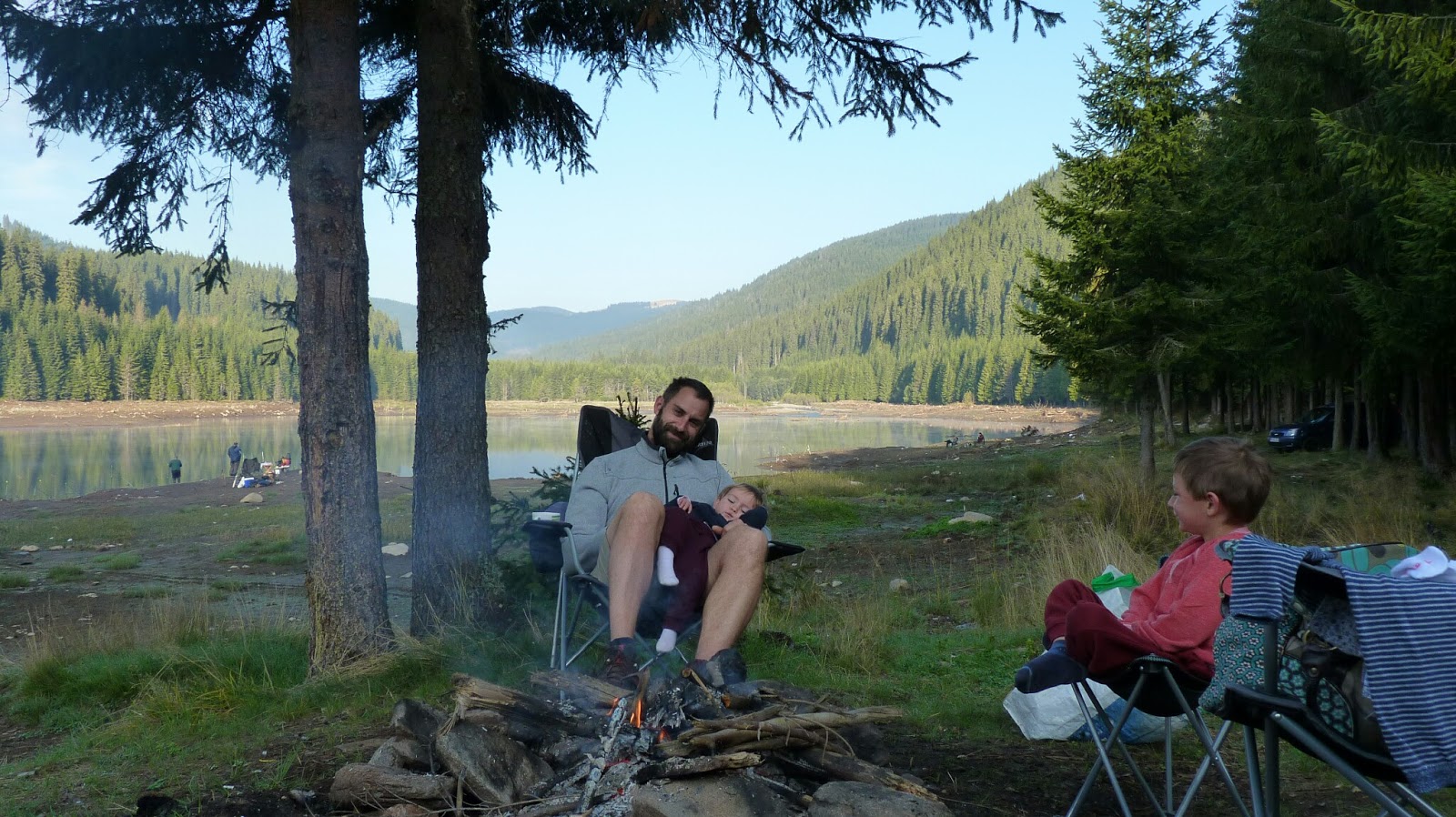 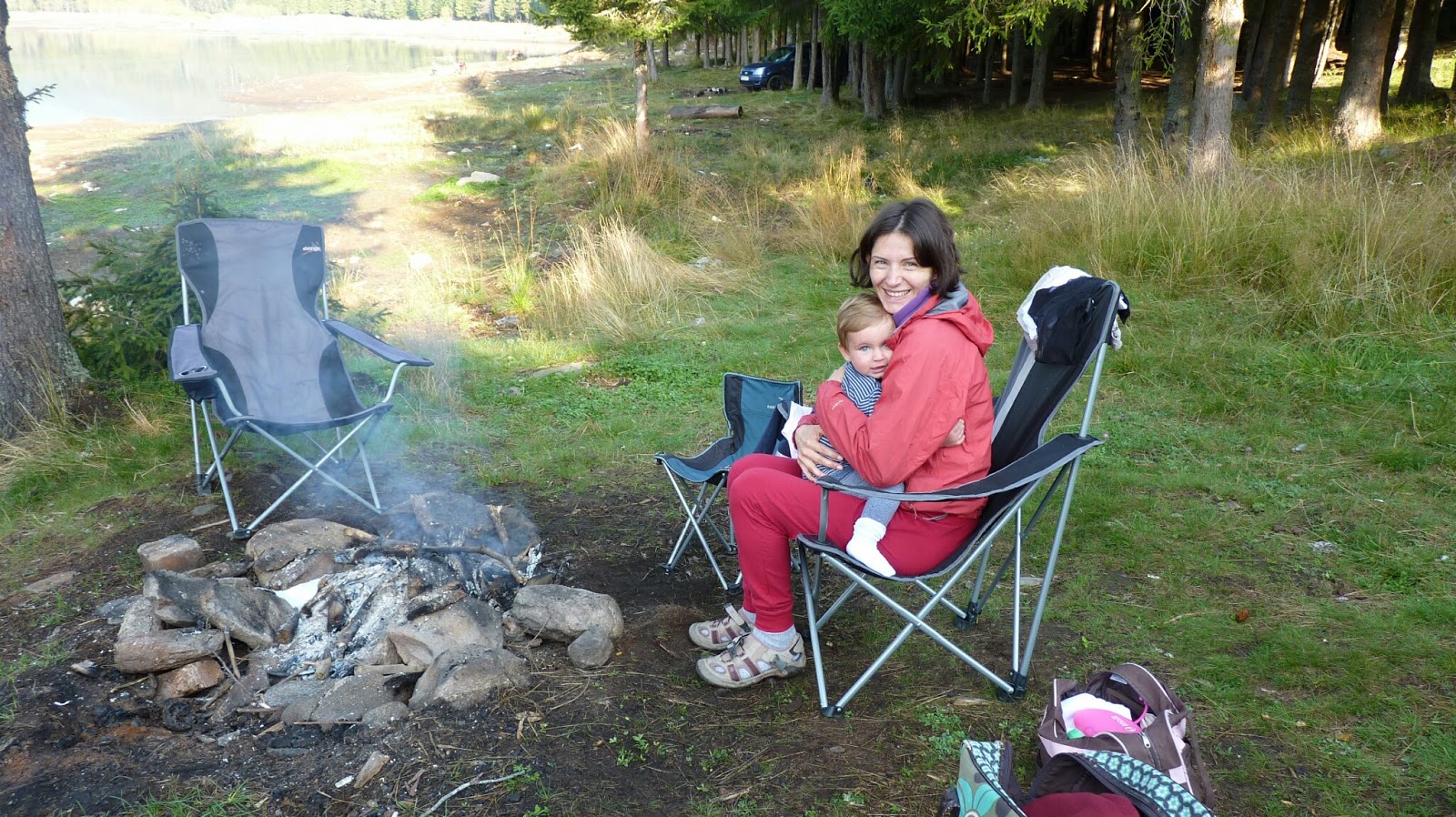 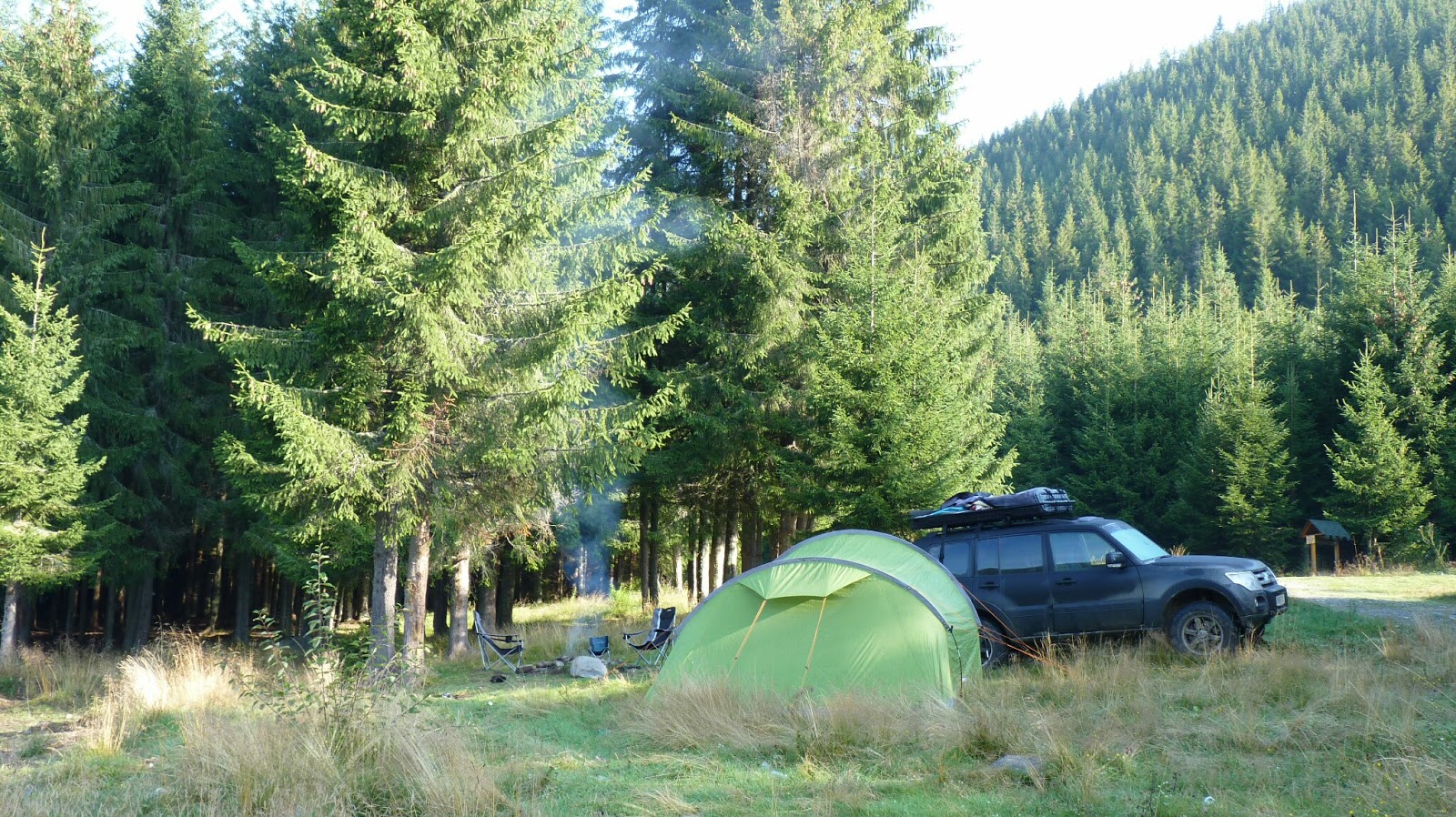 After this we packed up and set off on our first off-road section of the trip through the mountains, but that is to be the topic of the next post.
at September 10, 2014