Driving to East Poland in 2 Days!

1,600km in two days seemed somewhat optimistic but we did it. Two long days in the car and really only doable owing to motorways on which we could travel at 140km/hr, but Beany and Micky Moo were pretty good all the way.

The next few photos are from the drive across Europe, staying in cheap motorway hotels along the way.  (Clicking on any photo will display them all full screen like a photo album). 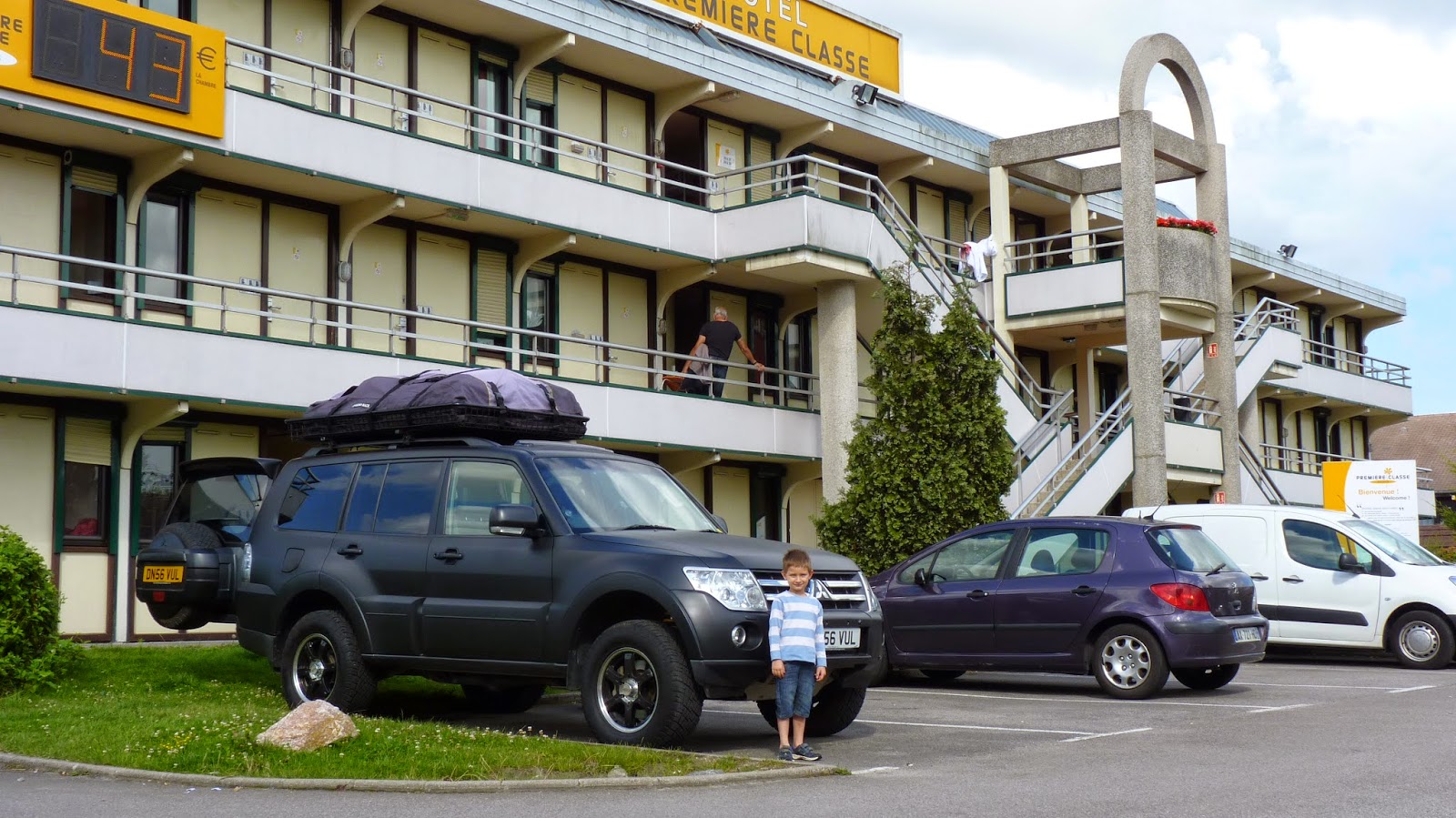 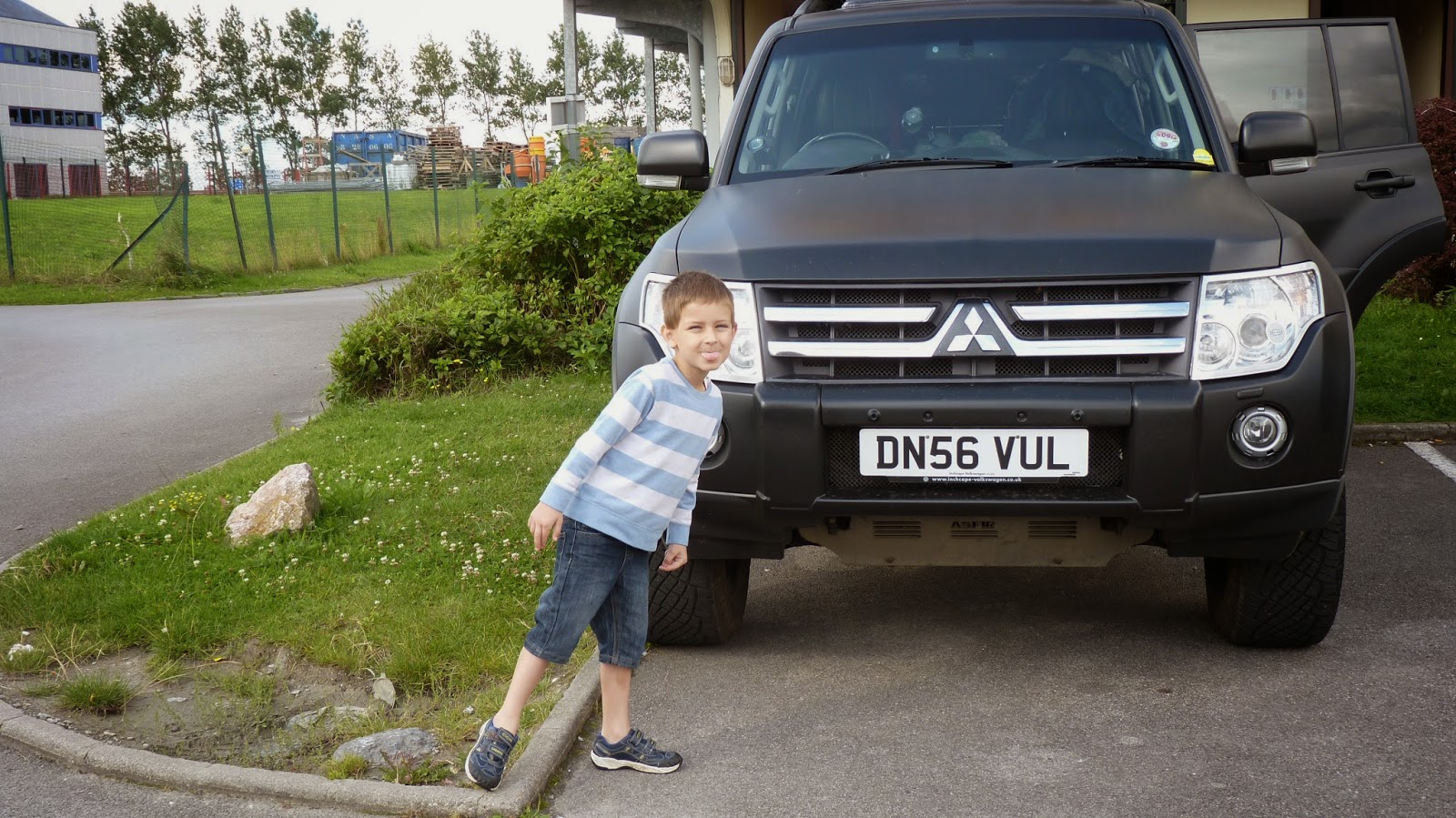 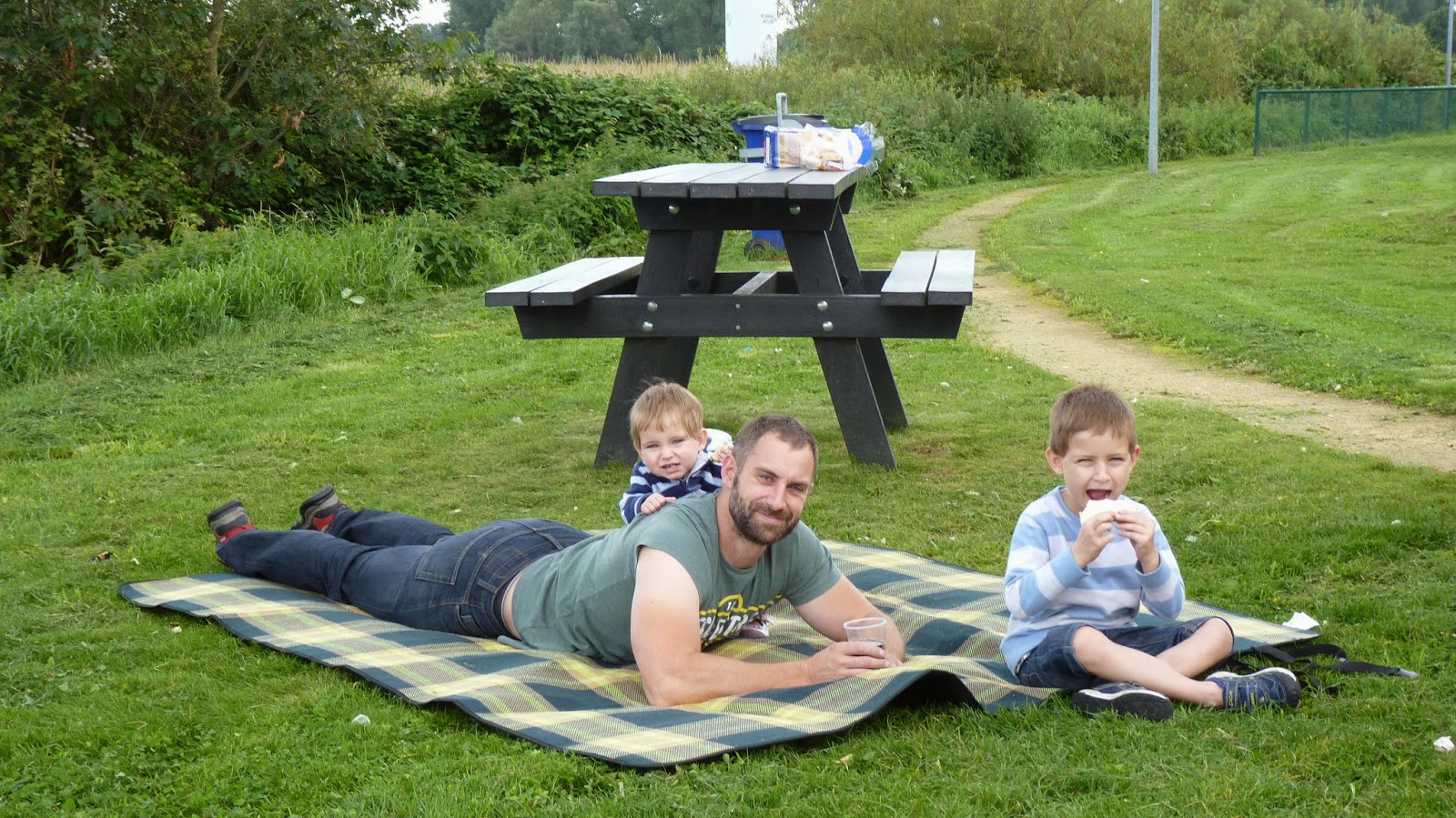 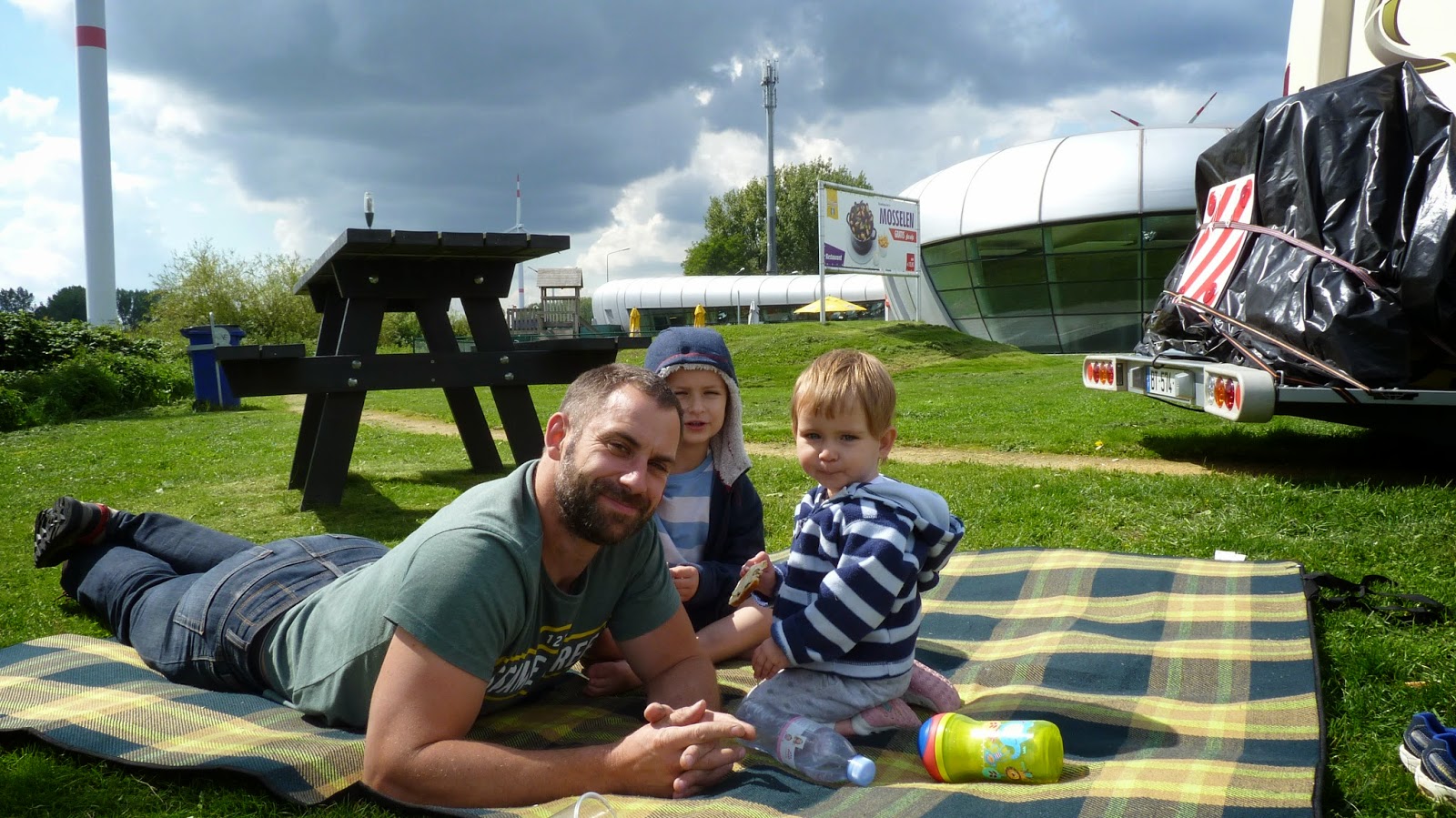 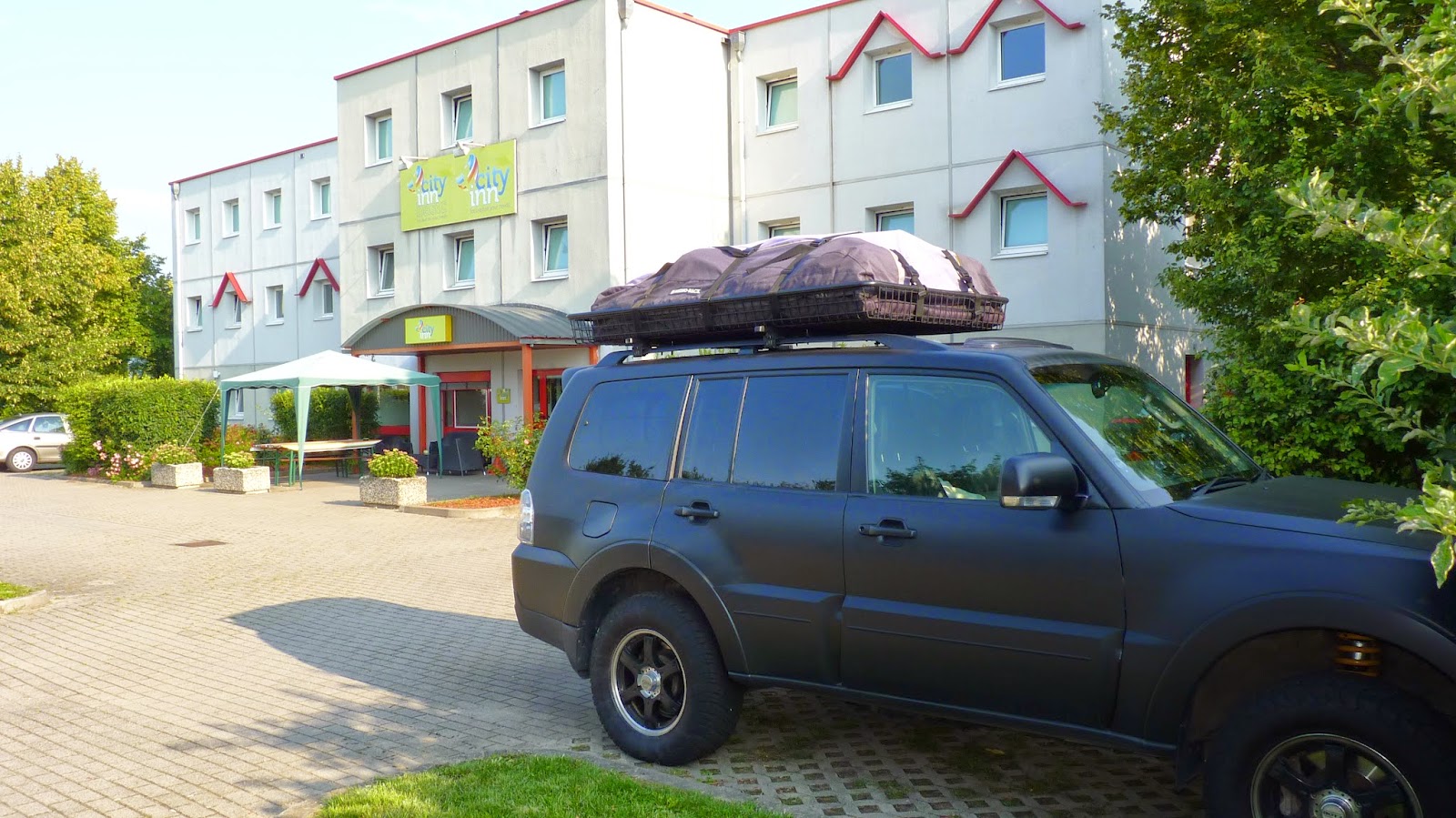 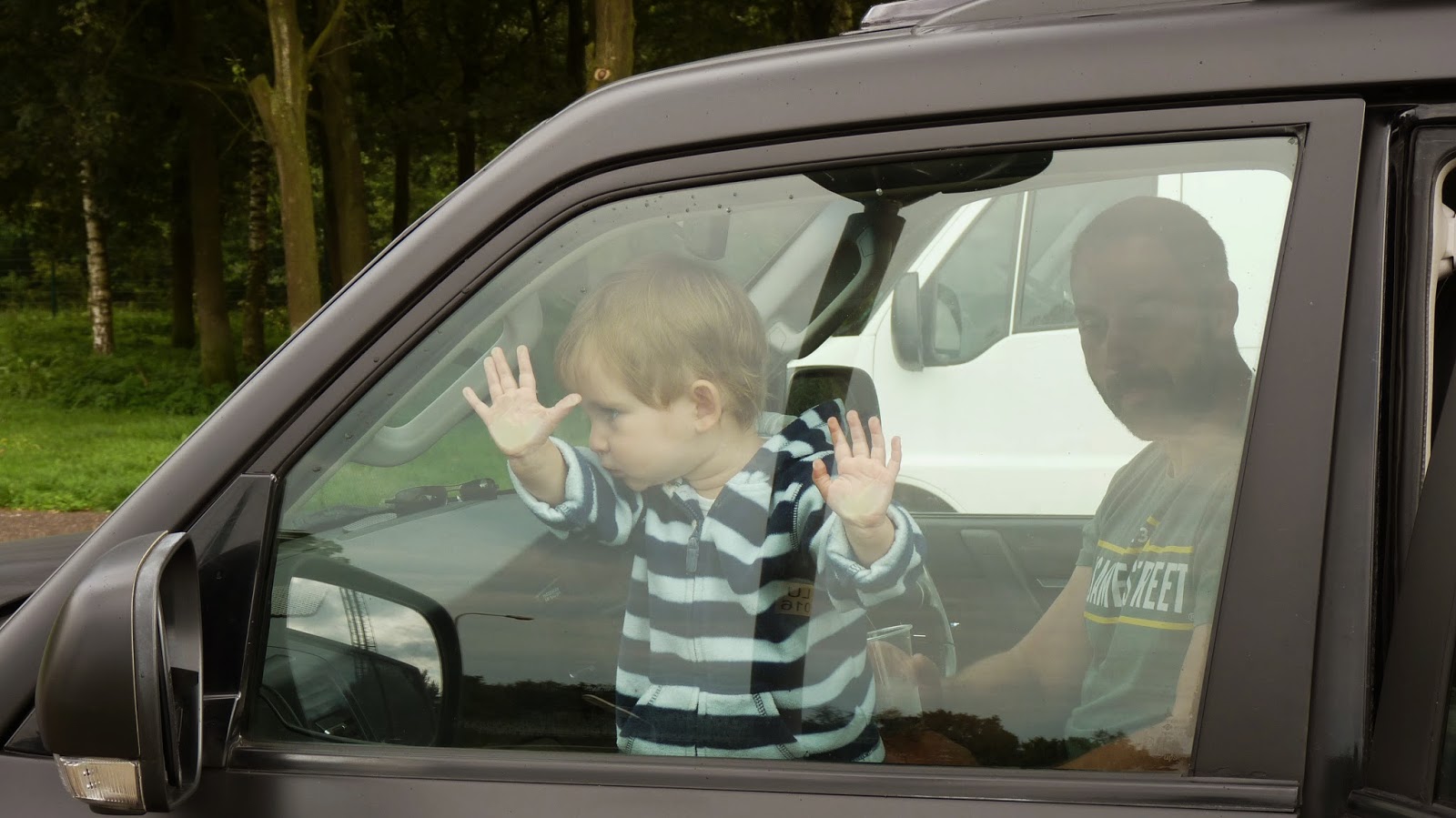 Our first night upon arrival in Eastern Poland.  This is the communist era apartment block where relations of Sylwia's live. 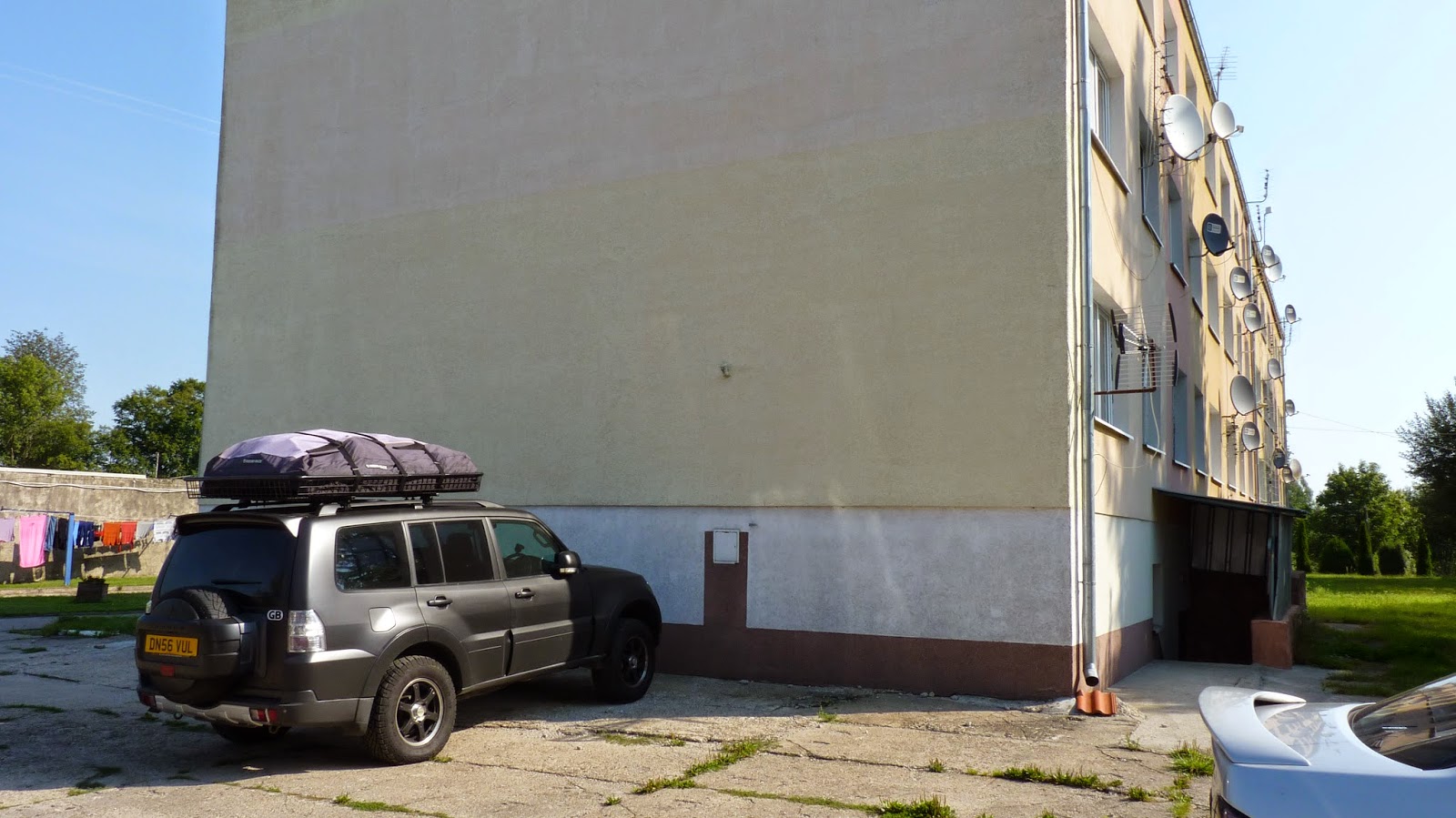 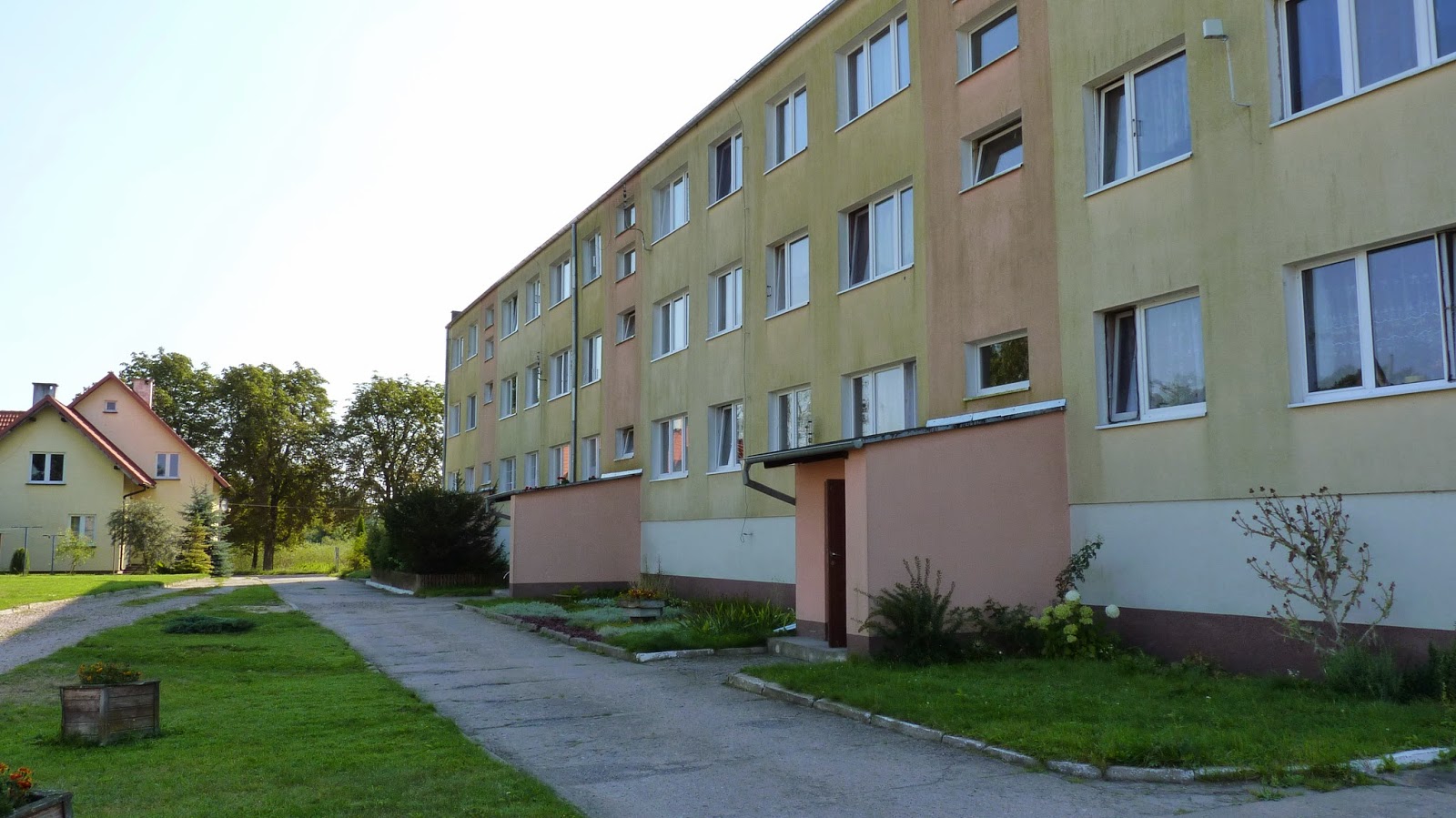 It might not seem a lot by Western standards, but they keep their little apartment immaculately and the views from the kitchen window are lovely.  They are surrounded by open land, grow their own vegetables and tend their own beehives for honey. Many Polish people living in the countryside keep their own chickens and other animals.  I think they are quite content. 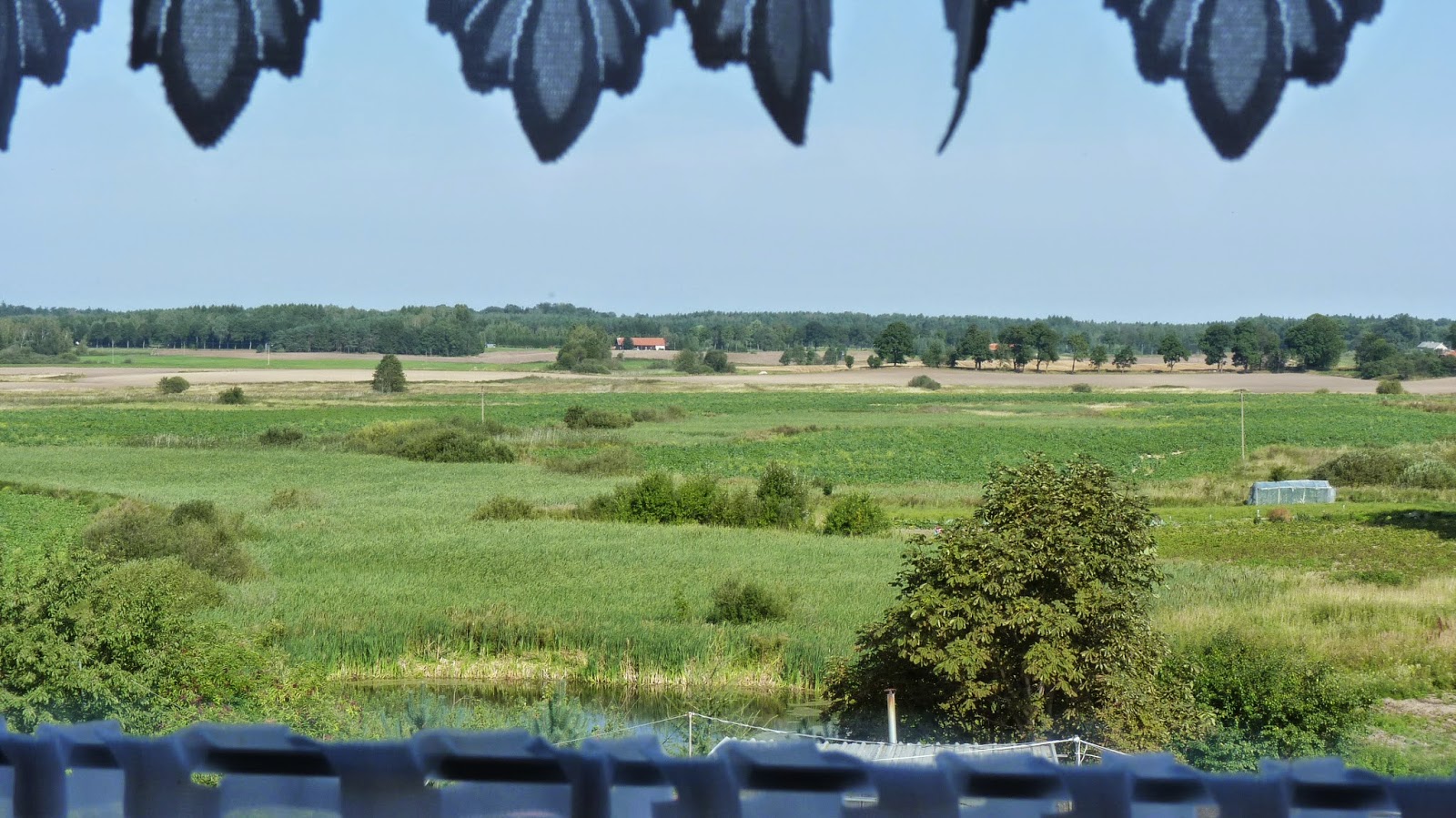 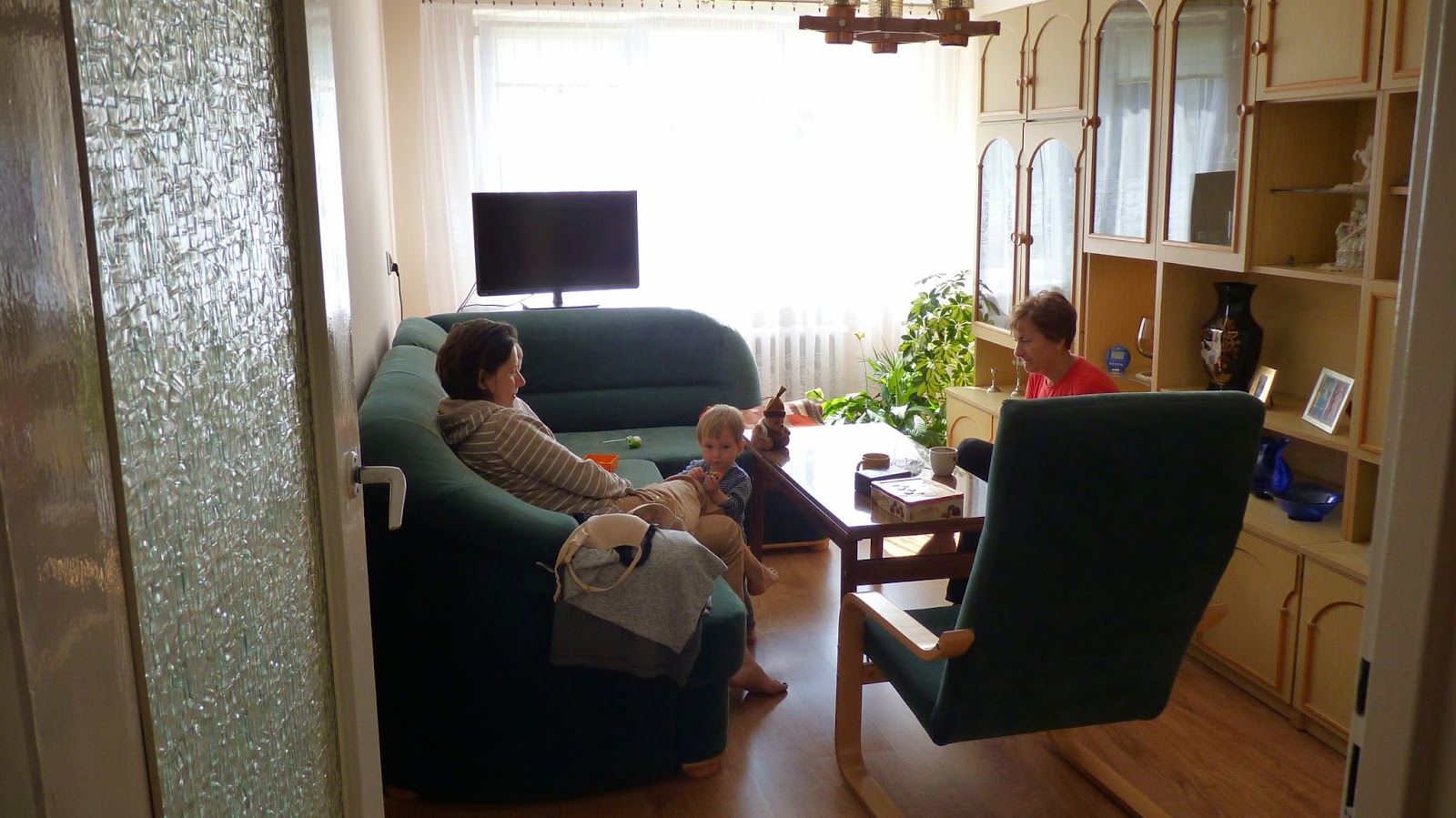 Sylwia's aunt used to live with us to look after Beany when he was little and she's still very fond of him indeed.  Beany chatted away to her, telling her how to make loom band bracelets, and though she listened intently she didn't really understand a word - she doesn't speak English. 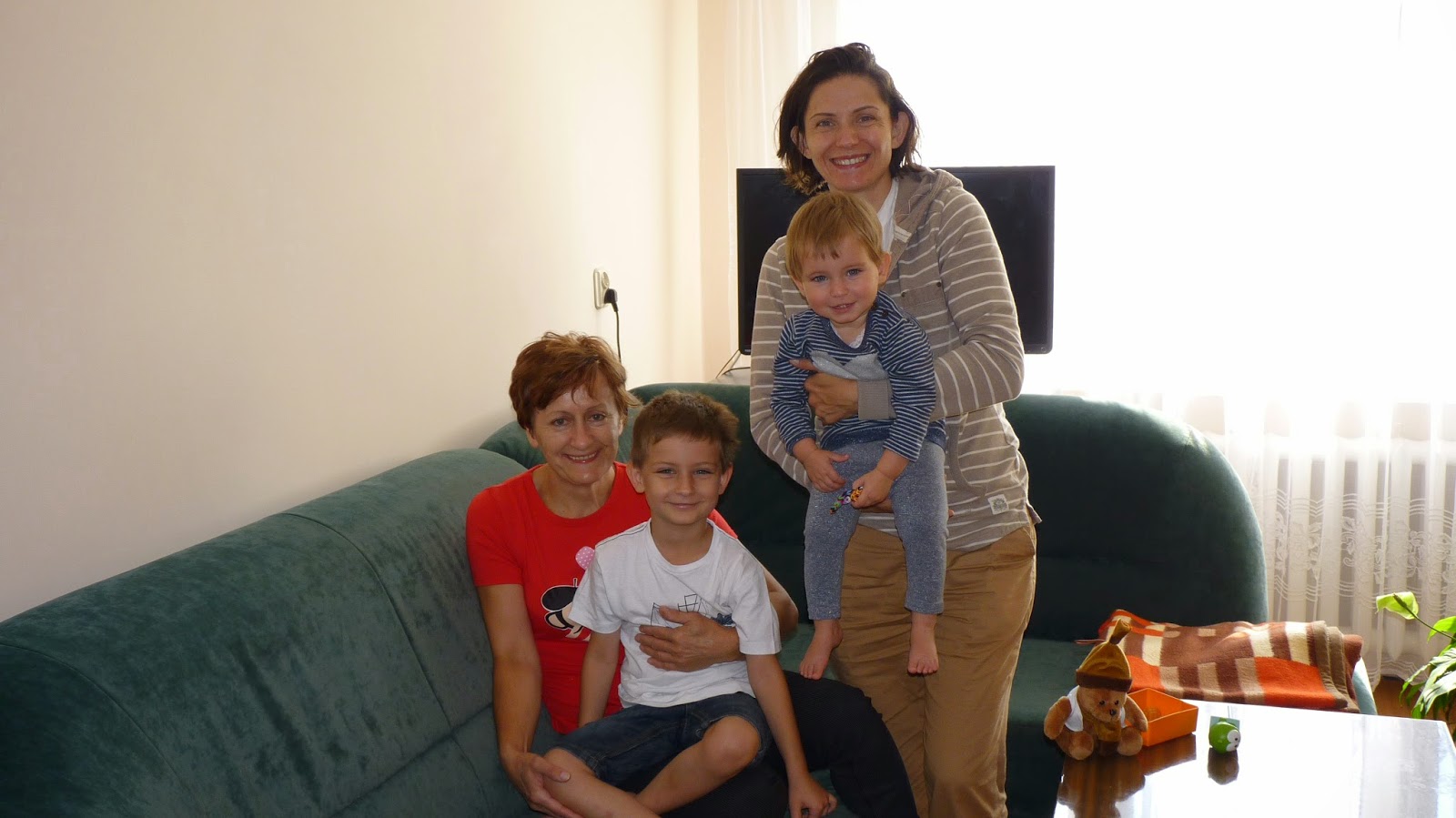 Biskupiec, just down the road and the biggest town serving the nearby villages.  Sylwia's home village, Kolno, is 15 minutes drive from here.  In towns and villages like this you can get a big delicious meal in a restaurant for the equivalent of about £3 (NZ$6). 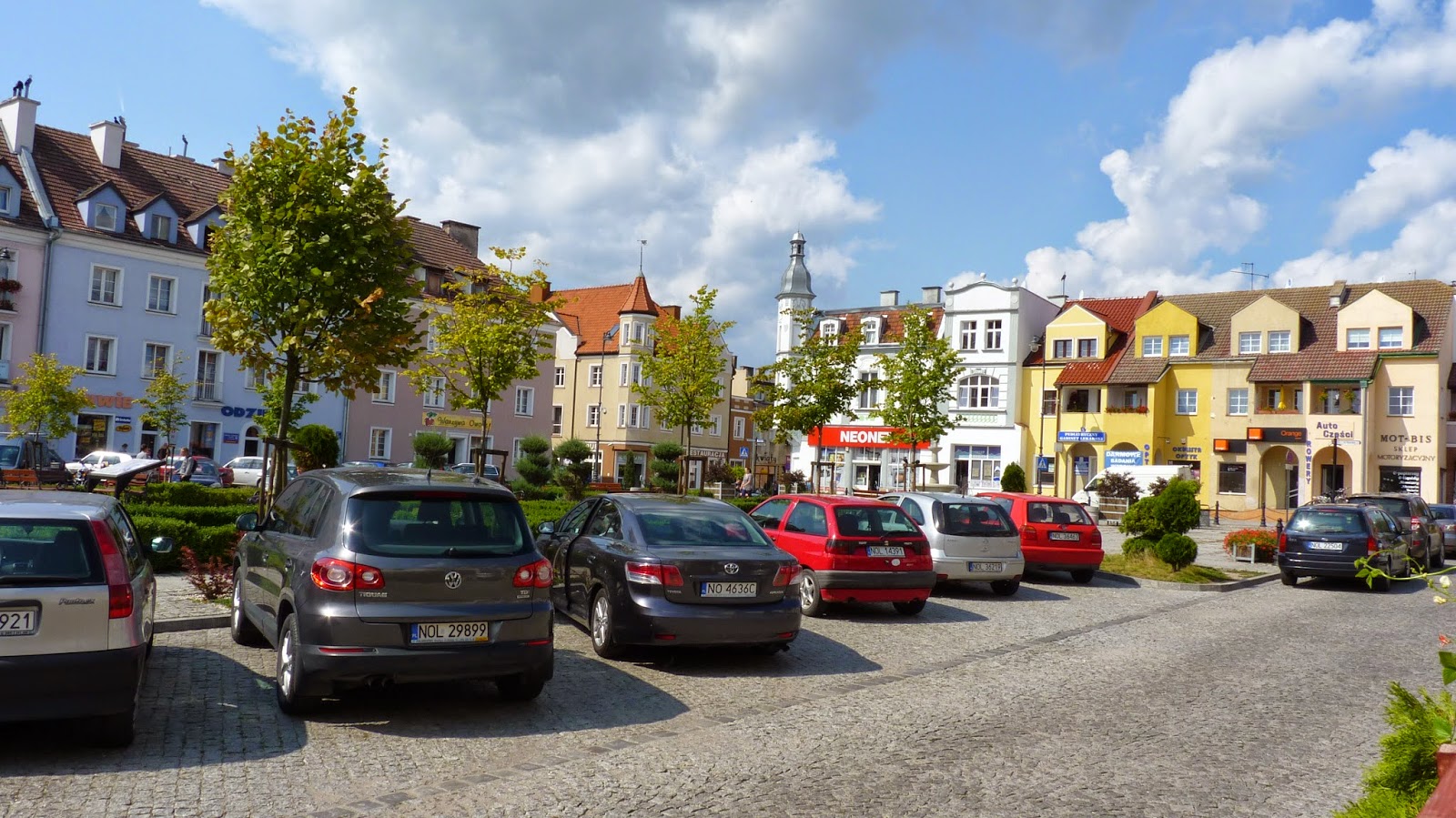 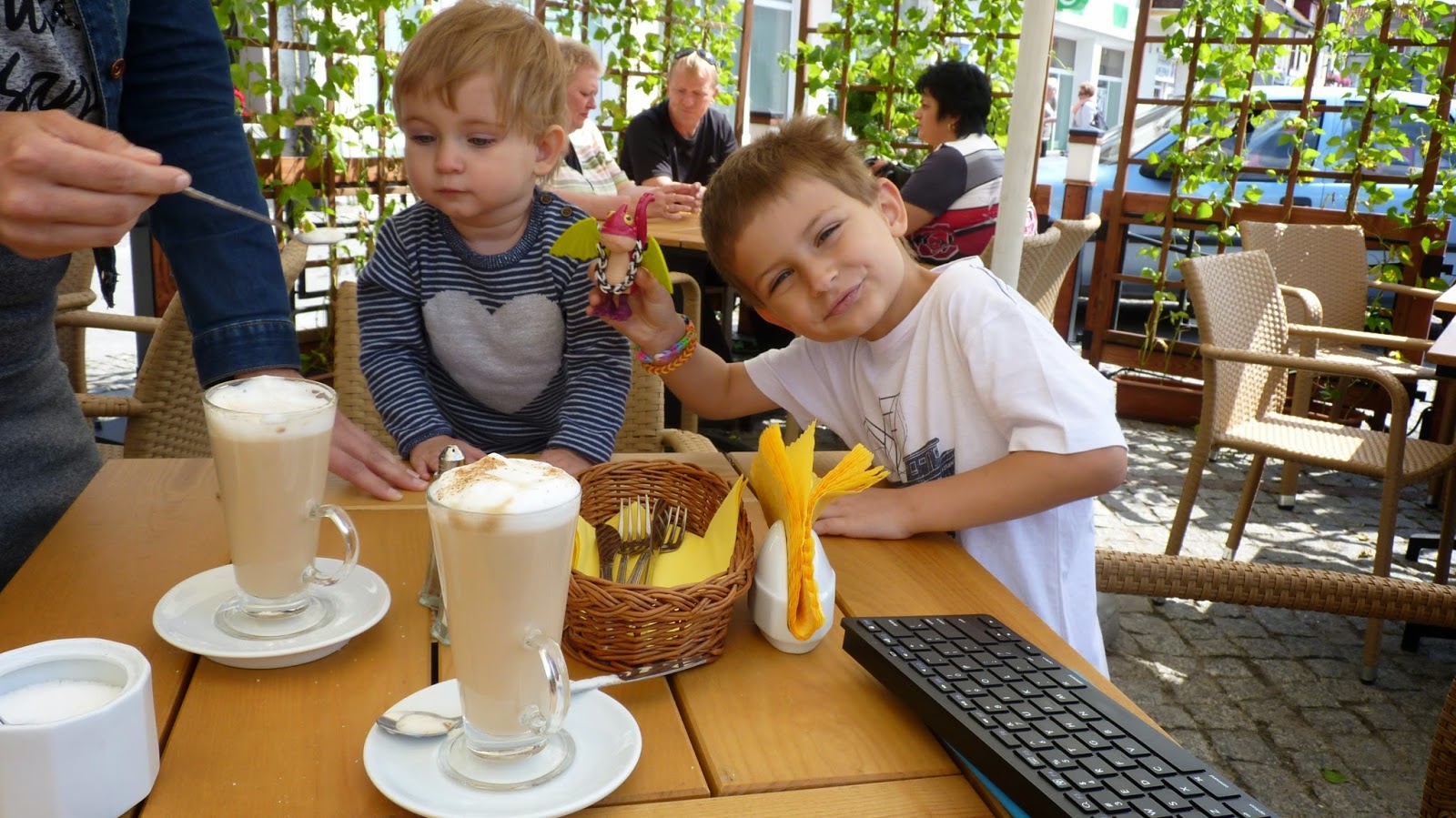 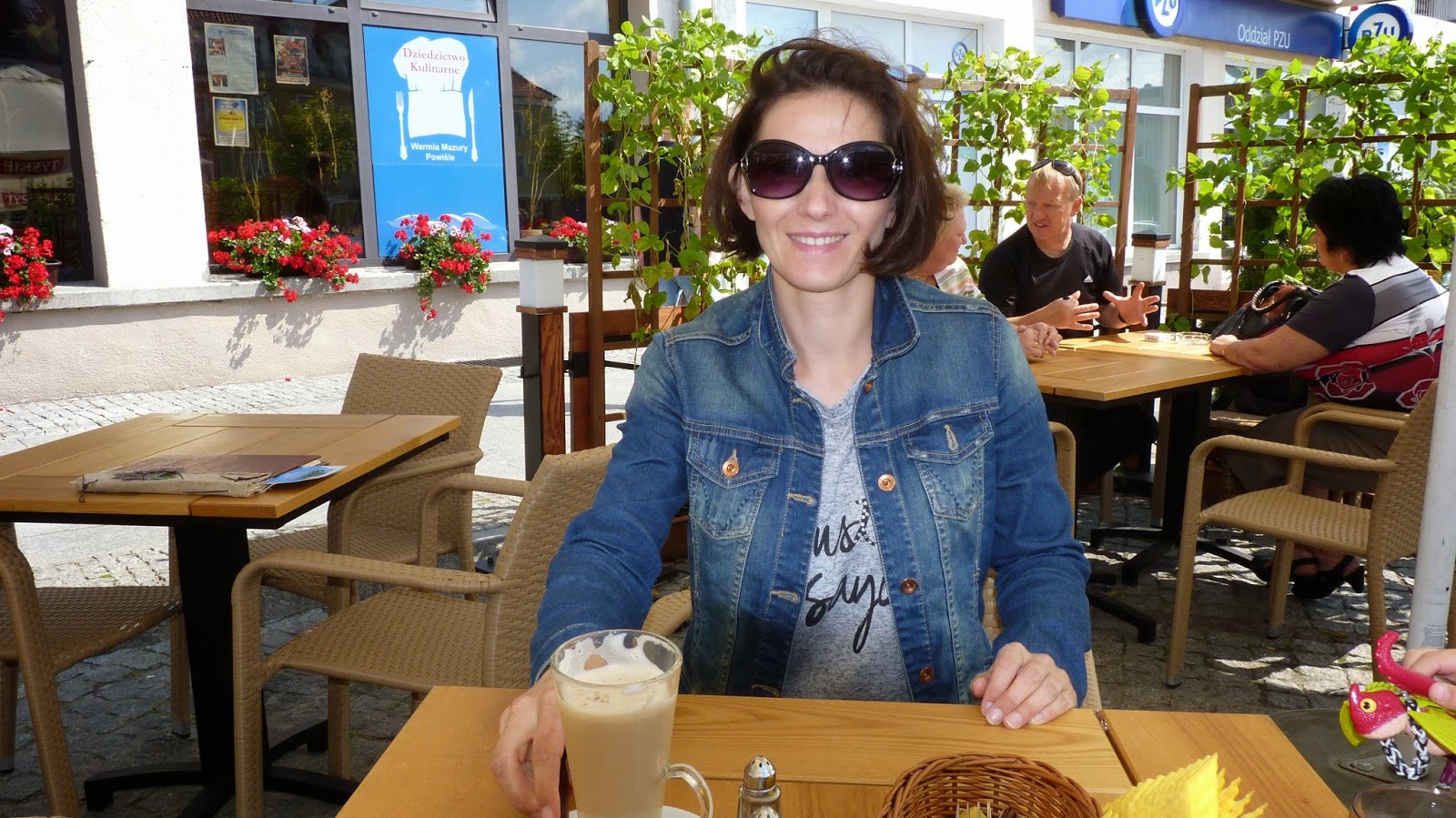 This is Sylwia's flat in the tiny village of Kolno, which she owns with her brother.  Their flat is the two upper left windows.  The building is communist era (with concrete walls about half a metre thick!) and was the family home when her parents were alive. 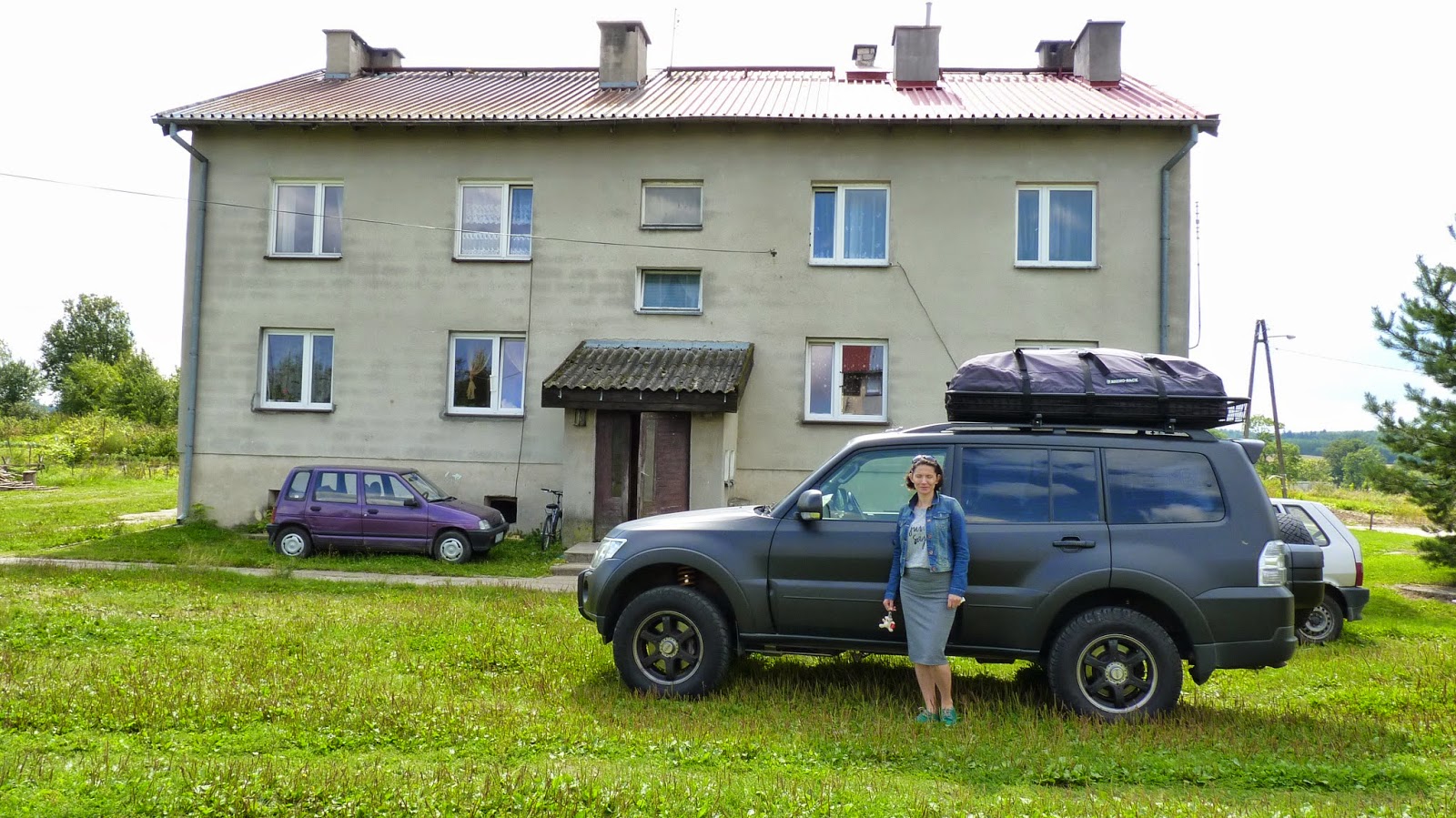 Our expedition prepared Mitsubishi Shogun (Pajero) has been attracting attention all the way from London. Quite a few people stop and stare.  Mitsubishi and other Japanese 4wd's are especially well liked across Eastern Europe and Russia, where there's plenty of tough terrain (we spotted quite a few in the Spanish Pyrenees last summer too). Yet probably few people living in these places can afford such a vehicle.  I'm keeping ours under close watch! 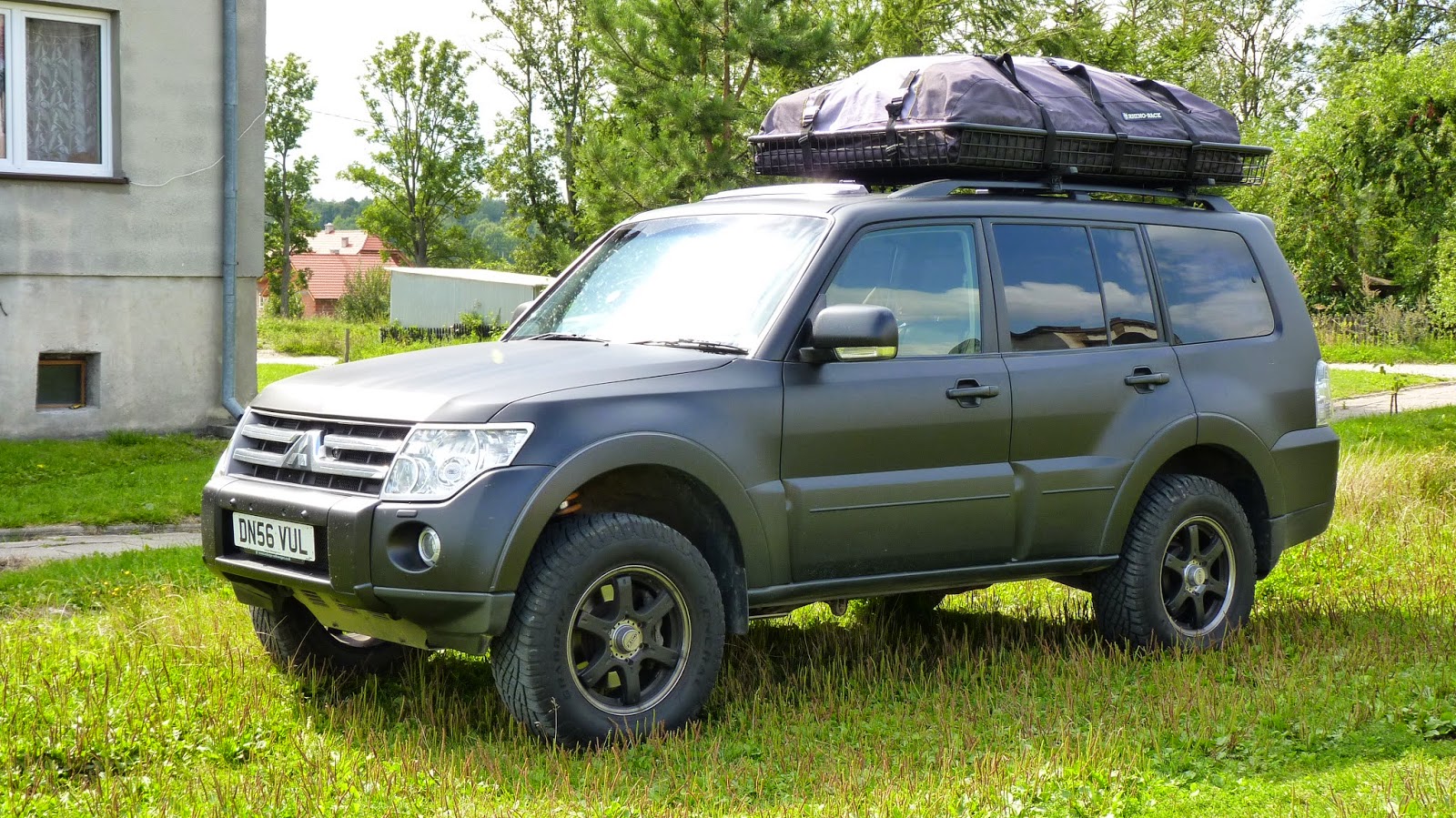 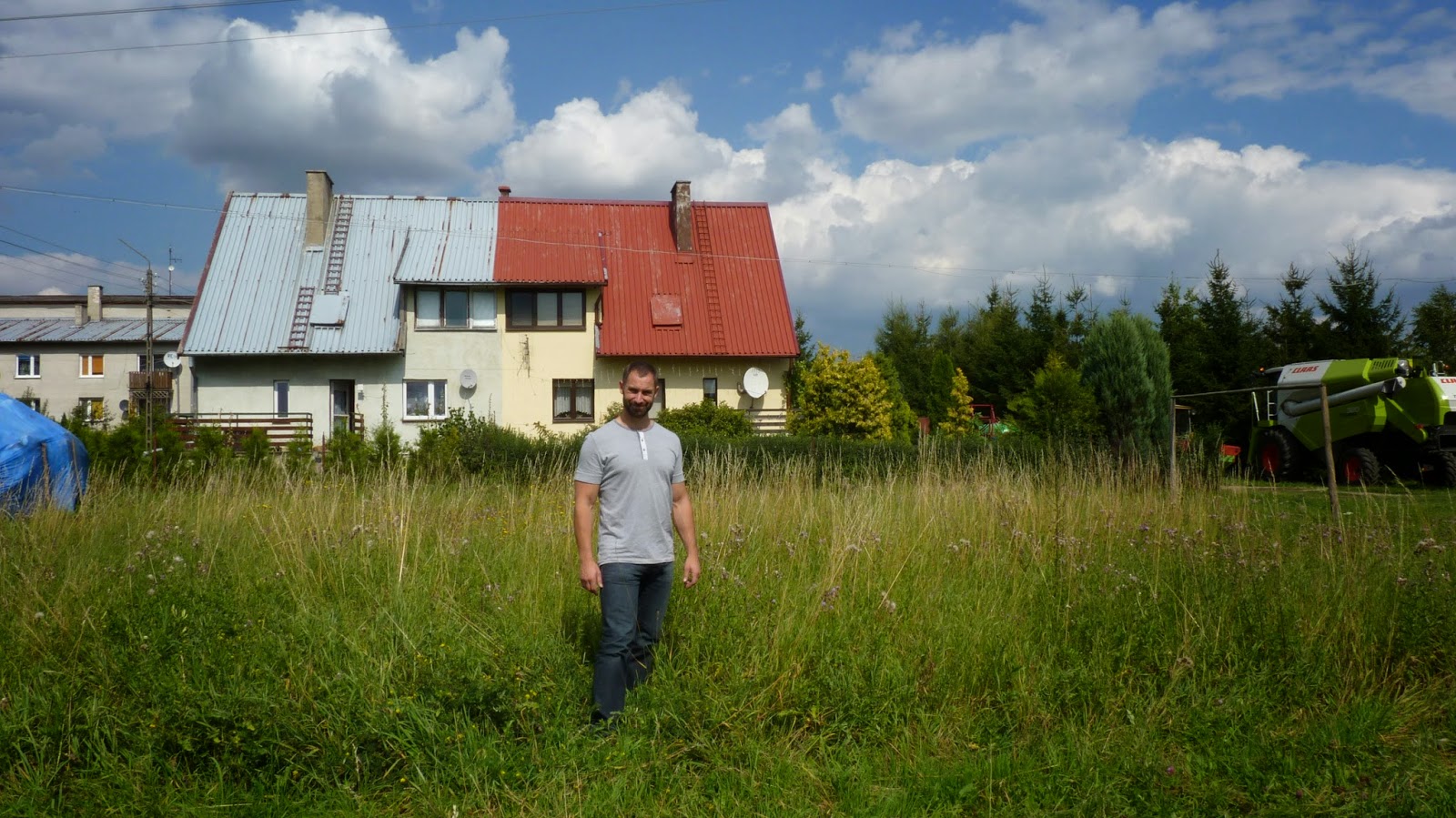 The many tiny villages around here are separated by rolling countryside, farms, vast dense forests and numerous lakes. It's very beautiful!  In the next couple of days we'll be giving the car and our off-road mapping equipment a bit of a test run by navigating from Sylwia's village of Kolno back to the town of Biskupiec, entirely off-road through the forest.  It will be good preparation for Romania and Albania.  I've plotted a route that looks good and am looking forward to it.  The locals go into the forests around here to pick blueberries and mushrooms so perhaps we'll stop and do some of that too.

So, now that the big drive over here is done we'll stay here for about a week.  I have a few London linked issues to take care of before we start the main part of the trip and Sylwia wants to catch up with friends and family.